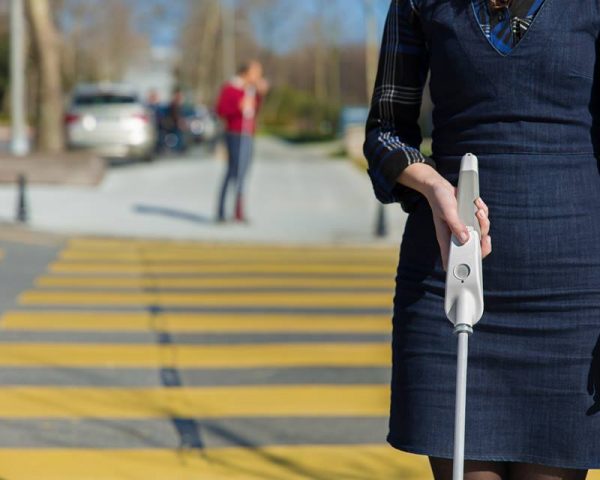 A few years back, Kursat Ceylan, Co-founder of Young Guru Academy, was at New York to attend an event. Being a visually impaired person, exploring a new city was not easy for Ceylan who even met with a few minor accidents in the process. Being an engineer, Ceylan decided to create something exclusive for other blind people so that they do not undergo any hassles while they are on their own. That is how he created WeWalk, a smart cane that will assist visually impaired people using technologies like Google.

Ceylan and his team has been working on this latest venture for the past couple of years. With this new WeWalk, a visually impaired person can navigate easily using their own smart phones. The GPS and voice technology of the cane tells them where they are and whether there are any obstacles in their path. ‘WeWalk’ can be paired with their smart phones which makes it even easier for the user. For example, if they have to come out through Exit A of a metro station, WeWalk will mention that clearly telling them what the board ahead says. Apart from making navigation easier, ‘WeWalk’ is also expected to enhance the social life of visually impaired people who can start moving around independently.

Ceylan plans to spread his venture to other areas as well which includes transport. This will make going to places using trains and buses easier for a visually impaired person. Ceylan, who is Turkish, has definitely come up with something interesting and people from the disabled community across India are now waiting for this to be introduced to this part of the globe as well at a reasonable rate. “WeWalk – a GPS and voice technology enabled smart cane to help blind people better navigate their environments”, tweeted David Brin, Scientist and Author.

Over the past few years, technological advancements have proved to be a blessing for people with disabilities. It even makes day to day tasks easier for them. ‘WeWalk’ smart cane definitely tops the list! “I love #INNOVATIONS like these: A revolutionizing smart cane called WeWalk helps blind people navigate much more efficiently when they are on their own”, tweeted Adam Rogers.

Also Read: Hexis, a kindle for visually impaired students soon to be available in schools by end 2019