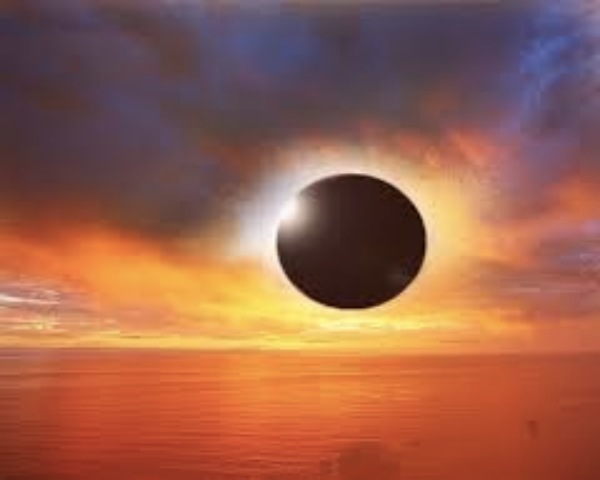 The last solar eclipse of 2019 has begun. A large crowd of people has gathered in north Kerala’s Cheruvathur and Wayanad to witness the eclipse. In Maharashtra a thick cover of cloud is likely to limit the viewing.  The eclipse can be viewed in India between 8.05 AM to 11 AM.

The start of the eclipse was first seen from the Arabian sea coast of Oman at around 8 AM. In the Indian sub-continent, the phases will be seen within a narrow path grazing the southern Indian peninsula through Karnataka, Kerala and Tamil Nadu before crossing the Bay of Bengal for northern Sri Lanka.

The people in south India will see a greater part of the partial solar eclipse but every Indian will have the chance to see a part of the eclipse. In India the maximum duration of the annularity phases will be just over 3 minutes. Scientists have warned people not to watch the eclipse with naked eyes. In Kerala, major temples like Guruvayur Sreekrishna temple, Sabarimala Ayyappa temple and Sree Padamnabha Swamy temple are closed for four hours in the morning.

An annular solar eclipse takes place when the moon’s apparent diametre is smaller than that of the Sun and blocks most of the Sun’s light. This causes the Sun to look like a ring (annulus) of fire, said Debiprosad Duari, Director, Research, MP Birla Institute of Fundamental Research, MP Birla Planetarium.

A solar eclipse occurs when the Moon passes between Earth and the Sun, thereby totally or partly obscuring the Sun for a viewer on Earth. This is the second solar eclipse of the century.