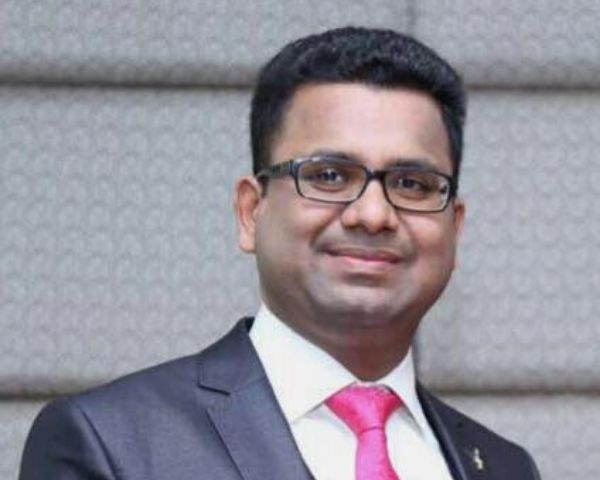 Milan Mittal was warned that as a visually impaired person he would not be able to survive the high pressure job of being a corporate lawyer. He decided not to listen but pursue what he loves best.

“I am a lawyer who happens to be blind”.

Milan Mittal’s conviction and self-belief shines through in this statement.

It wasn’t easy for Milan to achieve this self-confidence. Diagnosed with a degenerative retinal disorder in his early teens, he lost most of his sight completely by his early twenties.

“The post diagnosis days were hard as my vision was deteriorating and in the teenage years when people are planning career goals, I was trying to fight the disorder”, recalls Milan. “I did not know how much I would be able to see the next day”.

Lack of knowledge about assistive technologies and screen reading software made his world seem darker. “Everything just became that much harder to accomplish. After Class 12 when my vision deteriorated further, I became very depressed”.

It was only much later that he learned about technologies like JAWS, NVDA for Windows, Optical Character Recognition (OCR), etc. “I realised I would have to adopt them and transform my style of working to survive and be independent. Today assistive technology is my friend and I am wherever I am today because of it”.

It is this comfort with technology that gives Milan the confidence to take on challenging job profiles. Inaccessible course materials might have come in the way of his dream of becoming a chartered accountant, but he opted for an LL.B degree as it offered the opportunity to study corporate and commercial laws, subjects he loves.

Before IndusLaw, he was with the legal department of MakeMyTrip. At IndusLaw, he is a part of corporate practice team which carries out works such as drafting agreements, advising clients on legal aspects, carrying out mergers, demergers, etc. “It is a highly paid segment but comes with a lot of pressure”, adds Milan.

Getting a law degree, he believes, is not a big deal. It’s the performance at work that counts.

I have always adopted a strategy. At MakeMyTrip, I knew my first interaction could be my last as very few companies like to hire visually impaired people for roles in the legal department which is quite sensitive. Building confidence was going to be the challenge so I asked the manager to give me documents that would help me understand the industry and him to gauge my thought process. Within a few months he started giving me jobs for drafting which was a major step for a fresher like me. – Milan Mittal, Corporate lawyer

It’s a strategy that has paid him off wherever he works. “At Indus Law too, I adopted the same approach and now I am engaged in various client matters”.

So, what advice does he have for other visually impaired law aspirants?

“You need to be strong with drafting, research and formatting skills along with understanding how to work on track mode. Without this it will be hard to perform”. Make assistive technology your best friend, he urges. “I read documents with OCR, screen reader, etc. When it comes to accessing documents in hard copy, I take help of clerks for scanning them. Accessing documents in image format is problematic sometimes”.

Milan is conscious of the distance he has travelled and is generous with his experience and learnings.

“I am the first person on my family to do a law degree and I want to highlight the fact that people with disabilities can do corporate law. Disability rights advocacy is something I believe in and I also want to fight for the rights we deserve”.