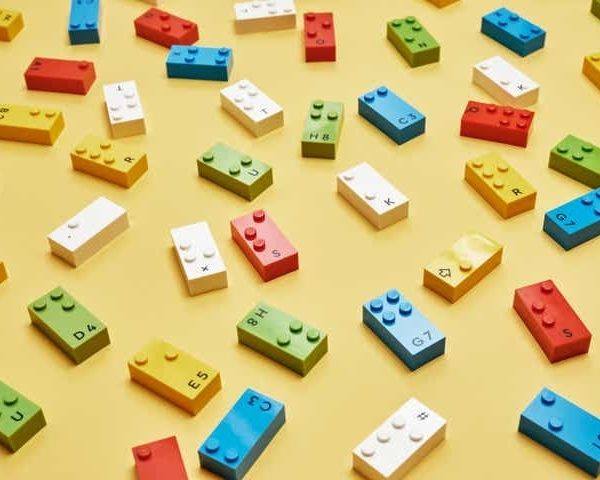 Lego Systems have launched new Braille blocks for visually impaired children. Though they have introduced it only in six countries now, the Lego team has assured to expand the initiative to other parts of the world soon, hopefully to India as well. This is going to benefit thousands of visually impaired kids in India and will also help to promote inclusion since the blocks can be played together by kids with and without visual impairment.

Danish toy production company Lego System’s exclusive Lego bricks are a hit amongst children. Now this interesting game will be available for visually impaired kids as well. Lego has launched a Braille version of their plastic bricks to encourage new ways for learning to blind and visually impaired children and also promote inclusion. Their latest initiative has truly won hearts.

Lego for children with visual impairments

There are thousands of books and other accessible material for visually impaired people to explore new things and learn. But when it comes to games and activities for visually impaired children, there is still a long way to go because most of the toy companies and their products are inaccessible. With their new initiative, Lego team hopes to bridge barriers.

New braille bricks are the same size as that of regular ones. But the studs on top have been rearranged in a Braille pattern. The bricks also feature a printed version of the symbol or letter. What makes the initiative inclusive is that the bricks are made in such a way that children with and without visual impairment can play this together.

The braille bricks are initially going to be sold in France, Denmark, Britain, USA, Norway, Germany and Brazil. It will then be extended to 13 other countries by 2021, confirms team Lego.

Lego, who has actively been involved in social work, allocated 25 percent of their earnings to Lego Foundation that works for welfare of underprivileged children.

If introduced in India, the Lego Braille bricks are truly going to create a revolution amongst young children who have a visual impairment. With the company having promised to launch in more countries in the next six months, visually impaired kids in India have surely something to look forward to.

Maitreya Shah, a visually impaired disability rights advocate feels that the initiative is a brilliant one. “Since I lost my eyesight later in life, I remember playing Lego bricks as a kid. I used to play it extensively and it has helped to nurture the mind in a positive way. Since these new Braille blocks can be played by kids with and without visual impairment, it is just awesome”, says Shah.

Needless to say, there were many positive comments and posts from people across the globe.

“Great example by @LEGO_Group of using their intellectual assets/IP to launch an adapted product to help children learn braille. So simple, so effective. New products are hidden in every company’s assets if they just take time to look”, tweeted author Erica Wolfe-Murray.

“An incredible program from @LEGO_Group that, after a successful pilot project, is launching in multiple countries over the next six months. Highly recommend checking it out if you happen to work with children with visual impairments. #inclusivedesign”, tweeted Maria Vassilieva, Advocate for accessible design.