National seminar highlights many challenges in eradicating leprosy in India 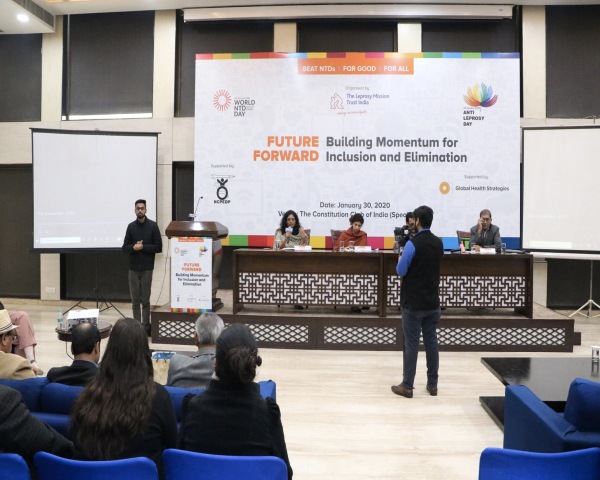 Leprosy, lymphatic filariasis, kala azar, among others rank among the many neglected tropical diseases (NTDs) and continue to persist due to conditions like unsafe water, poor sanitation and limited access to basic health care. Since it’s the very poor and marginalised people who are affected, the issue gets little attention. To raise awareness, cross disability rights organisation National Centre for Promotion of Employment for Disabled People (NCPEDP) held a seminar in collaboration with The Leprosy Mission Trust of Indio on issues surrounding leprosy.

30 January is marked as Anti-Leprosy Day and World Neglected Tropical Diseases Day. To mark the occasion, some of India’s most influential advocacy groups held a seminar. Called Future Forward 2020: Building Momentum for Inclusion and Elimination, the seminar aimed to highlight the burden, barriers and required policy interventions for the elimination of leprosy in India.

Leprosy is among the 20 diseases in the category of Neglected Tropical Diseases (NTDs). The WHO regards NTDs as a diverse group of communicable diseases found in 149 countries. They affect over one million people and have a massive economic impact. They cost developing economies billions of dollars every year.

NTDs get little attention from global health policymakers and this has to change, emphasised Dr Pandey, who is also the National Professional Officer for Kala Azar (black fever), WHO. “NTDs get little global attention as mostly poor get afflicted by the disease. Their voices are not heard. We should bring the focus in the disease irrespective of the fact that poor people are getting affected.”

WHO data shows that 58% of the newly diagnosed leprosy cases in the world in 2018 were in India. India officially eliminated leprosy in 2005, reducing its prevalence rate to 0.72 per 10,000 people nationally. However, as per figures of the National Leprosy Eradication Programme of the Ministry of Health & Family Welfare, over 1.2 lakh cases of leprosy were detected in India in 2017-18.

Stigma, discriminatory laws some of the major barriers to seeking treatment

Disability activists believe that persons with leprosy are marginalised even within the disability sector.”There are still many myths and misconceptions around leprosy which act as barriers preventing people from identifying the disease, taking treatment and more importantly accepting those affected by leprosy as any other. Fear of stigma further deters people from seeking healthcare when they may be affected by leprosy, adding to the risk of disability and ongoing medical issues”, added Arman.

In 2019, Union Health Minister Harsh Vardhan had written to Union Minister of Law and Justice Ravi Shankar Prasad and Union Minister of Social Justice and Empowerment Thaawarchand Gehlot, seeking an amendment to discriminatory laws against persons affected by leprosy.

Although the disease is now fully curable, there are 108 discriminatory laws against persons affected by leprosy, including three Union and 105 state laws. TLMTI, along with NCPEDP and Vidhi Centre for Legal Policy, is working with the governments at the Centre and the states to repeal these laws.

Dr Mary Verghese, Executive Director, TLMTI said, “In my work with people affected by leprosy, I meet numerous people every day, who by sheer grit and courage have overcome the challenges of leprosy and live dignified lives in their communities. Their stories reiterate the fact that leprosy is not a limiting factor for realising dreams.”