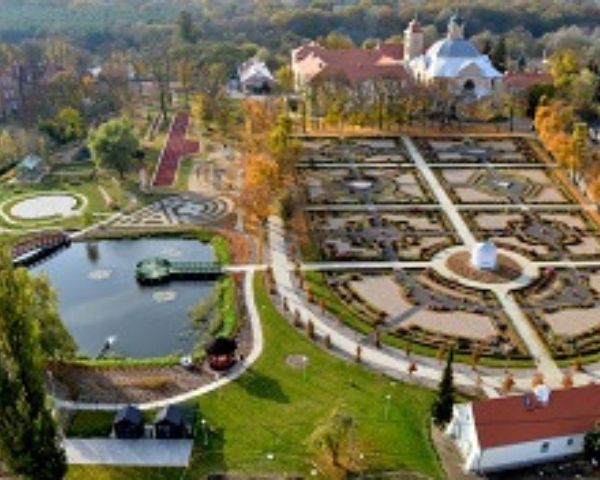 A library of smells will open in western Poland to help people who are blind and visually impaired learn more about the world around then. This is a first of its kind library in Poland and will open at the Educational Centre for Blind Children in the locality of Owinska.

The smells of railway engine grease, a perfume associated with Moscow, flowers from the field, dried fish, spices, and elephant dung, are among some of the samples of smell to be stocked at a first of its kind library of smells in Poland. The library will open at theEducational Centre for Blind Children in western Poland.

“It is said that the sense of sight provides us with 85-95% of all information”, said Marek Jakubowski, a representative of the centre to the Polish Press Agency. “Blind and visually impaired people are deprived of this and are left with the senses of hearing, smell, taste and touch. “Smell allows us to discover if we are passing by a park or whether we are getting close to a street”.

The idea of opening such a library came from the children at the centre. The library will be open to visitors along with the Spatial Orientation Park already operating at the centre. The park, known as ‘The Garden of Senses’ gives children with visual disabilities a chance for education and social inclusion.

First of its kind in Poland

The garden has special paths with different surfaces to help people learn to recognise different structures with their feet or a walking stick, an obstacle course to train the sense of balance, and ‘sound tracks’ that people to find directions using hearing instead of sight.

There’s also a special sound library where children get to know more than a thousand different sounds – like that of an approaching tram, passing car or the sounds of airports. These sounds have been recorded in different weather conditions as well for an authentic, slice of life feel.

At ‘The Garden of Senses’ children learn how to walk on their own and how to bike or skate. The training includes recognising plants and flowers by their shapes and smells to help people with visual disabilities enjoy nature.

“It took a lot of effort to complete this project but it was more than worth it”, said Jan Grabkowski, a local government official. “It is wonderful to see how this place helps children with disabilities to learn to live in the outside world and how eager they are to do so. I’m also very happy to see how interesting this place is for non-disabled people who have an opportunity to get to know the needs of people with disabilities. It teaches empathy and helps us to live together instead of next to one another.”

When the centre launched an appeal for interesting smells, it received parcels from Poland and from all over the world. The library will be open to visitors, along with the Spatial Orientation Park and the typhloacoustic laboratory and museum already operating at the centre.

The Spatial Orientation Park is the first such facility in Poland and most likely the only one in Europe created to help blind and visually impaired people learn spatial orientation. The typhloacoustic museum is a collection of devices used by the blind over the last several centuries, to include maps, Braille tablets, and touch graphics.

By stimulating the other senses, the training gives people with visual disabilities the confidence to move around using hearing, sense of touch, and smell.