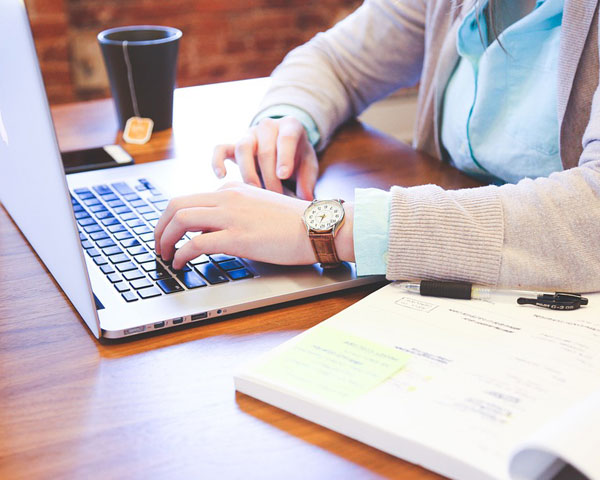 The career wing of NGO ‘Lit the Light’ has successfully helped place four visually impaired youngsters with leading IT companies. Their team hopes to reach out to more people and wants decision makers of companies to come forward and hire visually impaired people.

‘Lit the Light’, a Tamil Nadu-based NGO that works towards empowering people with visual impairment is working on getting them placed in companies. ‘Lit the Light’ career wing started in March 2020 aims to help visually impaired people seek jobs based on their educational qualifications and create resumes to be placed with companies. As part of the venture, four youngsters with visual impairments have been placed already. Manimegalai, Rajkumar, Prasad Arun and Balaji have started working post lockdown. Team at ‘Lit the Light’ wants to reach out to more people and spread message of inclusion amongst companies.

Barat SN, founder of ‘Lit the Light’ says that visually impaired people, after completing their education, are left in the dark since they are unable to find job opportunities to support them. Since most of them are unable to create resumes or even job hunt, they do not know what to do after completing a degree or post-graduation course. “I have felt it is worse for people with visual impairment when compared to other disabilities. Many companies or their decision makers are not even aware that visually impaired people can work. Unlike earlier times, there is assistive technology that helps them”, says Barat.

Two volunteers Pavithra and Swathi, based in the United Kingdom, are heading the career wing with help of volunteers. They identify beneficiaries, create resumes and help in job hunt which are some of their main activities.

Their first batch of four people have already been placed. “This is our first step. We know there are many visually impaired talented and educated people out there. We also need people to hire them. We hope to bridge barriers. If every company has at least one visually impaired employee, imagine the number of employment opportunities that are going to be created for them”, says Barat.

Manimegalai lost her vision when she was 14 years old. After completing graduation, she did an MBA. Under guidance of NGO Mitra Jyoti, Manimegalai pursued training in computers and operating systems. She was then trained by TCS Bengaluru and Mumbai to enhance skills. With help of ‘Lit the Light’, Manimegalai now works as an Accessibility Tester at Iteria.us in Hyderabad.

Rajkumar hails from a family that couldn’t even afford their daily meals. After completing graduation in English from Loyola College, Rajkumar spent his time preparing for interviews with help of ‘Lit the Light’. He now works as Accessibility Tester at Iteria.us in Hyderabad.

Prasad Arun from Chennai is placed at iQuantM Technologies Ltd. He holds a MA in English literarure and was offered position of presale’s consultant at the company.

Balaji S who hails from Tiruvannamalai is currently pursuing his final semester in MA English. Even before receiving a degree, ‘Lit the Light’ helped him to be placed as a presales consultant with iQuantM Technologies Ltd.

All these four visually impaired youngsters have proved that a disability is no barrier to success with the right guidance.