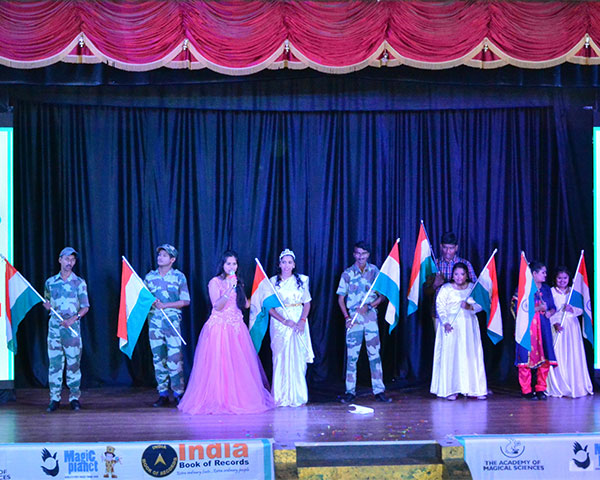 On 1 October, seven youngsters with intellectual disabilities participated in a magic show to enter the ‘India Book of Records’. The event that lasted for one hour and seven minutes witnessed the many interesting performances of these youngsters who work with Magic Planet in the state capital of Kerala Trivandrum.

A couple of years back, Magic Planet at KINFRA Film and Video Park in Trivandrum started a new India Fort where youngsters with intellectual disabilities perform magic. All the youngsters who are trained by experts put up a regular performance for over twenty minutes. On 1 October, seven youngsters with disabilities including autism, cerebral palsy and Down syndrome performed for over 1 hour and 7 minutes to enter the India book of records. The event titled Unique Magic Show by Differently Abled Children was first-of-its-kind in India. All of them are now riding high on their latest success.

In 2017, when Magic Planet started ‘India Fort’, they wanted to make it an inclusive one where disabled youngsters also find an opportunity to become independent and self-reliant. Currently, 23 youngsters with disabilities are part of the initiative.

Jin Jospeh, Manager, Magic Planet says that enabling these youngsters to do a job and empowering them has done wonders.

The Child Development Centre in Trivandrum had assessed these youngsters when they started performing with us. After a year, a re-assessment was done and they found out that their skills have improved a lot. This was due to the good exposure that they received. We provide inclusive training where people with and without disabilities are doing things and learning together. We make them hear motivational talks and show videos too. Their parents are also happy now-Jin Joseph, Manager, Magic Planet.

For Vishnu, Rahul R, Sharanya, Rahul PR, Sreelakshmi, Shilpa and Satheesh, breaking a record was indeed a great experience. All of them are brand ambassadors for Kerala Social Security Mission’s Anuyatra Project. They have completed over thousand shows in the last two years. “At Magic Planet, we felicitated and recognised them for that achievement as well”, adds Jin.

The team at ‘Magic Planet’ are now all set to start a project to promote arts for youngsters with disabilities. At this upcoming venue, at least 100 people can participate and seven separate theatres are created for dance, music, drama and so on.

Also Read: Ernakulam Autism Club all set to open doors of opportunities for youngsters with autism