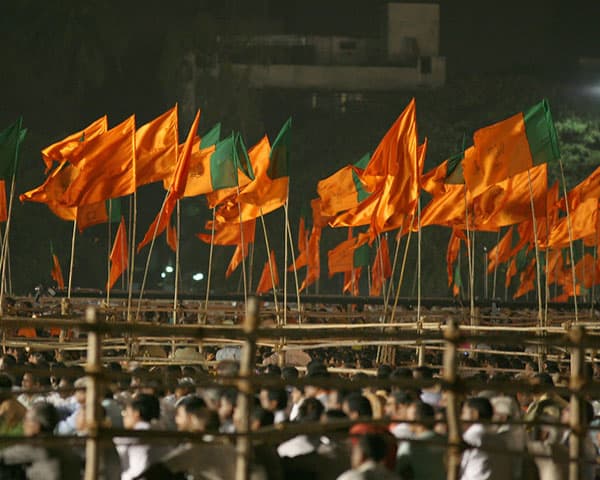 The BJP and its coalition partner Shiv Sena are yet to come to an agreement about how to share power in Maharashtra. There is hectic back channel negotiations on and one solution that has emerged to gives both parties the most of what they want.

While Devendra Fadnavis will stay chief minister for five years, he would have two deputies – one from the Shiv Sena and the other from the BJP. The Sena will also negotiate for plum portfolios.

This is somewhat like the formula followed in Uttar Pradesh and Haryana. In UP, Chief Minister Yogi Adityanath has been given two deputies. In Haryana, the BJP has entered into an alliance with the Jannayak Janata Party (JJP) and its chief Dushyant Chautala has been made the deputy of Chief Minister Manohar Lal Khattar.

In Maharashtra, the Shiv Sena is sticking to its demand for a turn at the Chief Minister’s post. The BJP has said no to this.
The Sena has also been offered more portfolios in Maharashtra and at the Centre but none of them are key portfolios.

Senior Sena leader Sanjay Raut warned that whoever becomes the Chief Minister, has to prove majority on the floor of the house and the Sena will draw up the kundli of Maharashtra.

“If someone wants to keep us away from power, then it is an honour for us. A decision will be taken soon. We are currently observing that to what lows people can resort to”, said Raut.

Sources say the BJP leadership is upset at the continuous digs from the Sena, especially Raut.