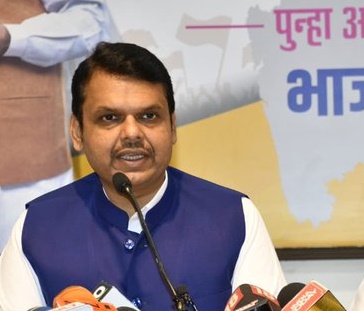 The Governor has given the party untill 11 November to prove majority in the house.

Devendra Fadnavis tweeted, ” Submitted my resignation as Maharashtra CM to Hon Governor Bhagat Singh Koshyari ji. Hon Governor asked me to function as the caretaker CM till the alternative arrangements are made.”

“We will soon give a Government to the people of Maharashtra, which they expect from us and is also the need of the mandate!” he also tweeted.

While Bharatiya Janata Party has emerged as the single largest party in Maharashtra with 105 seats but fell short of the required 145 needed to form the government.

BJP and ally Shiv Sena with 56, have been conflicting over distribution of power and the post of Chief Minister.

Tejas Nemanwar tweeted, ”People of Nagpur are the most disappointed ones after the resignation of #DevendraFadnavis . Huge amount of Infrastructure projects were going on at full pace in Nagpur now if BJP remains out of power it will be huge setback for development of Nagpur.”

Dhiraj Tiwari tweeted, ”#UddhavThackeray I HAD TO vote for #ShivSena as there was NO BJP candidate from My constituency #UddhavThackeray in his greed has cheated & betrayed Maharashtra by going back on his words of supporting #DevendraFadnavis for CM.”