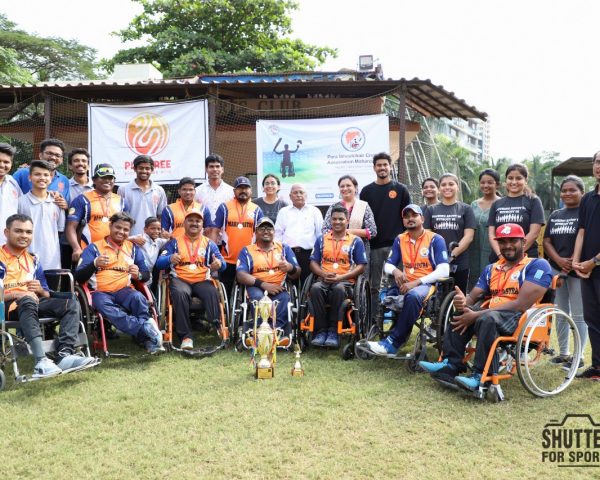 The PSI Wheelchair Cricket Cup was played between Maharashtra A and Maharashtra B teams at the – Payyade Sports Club in Mumbai to mark the International Day of Persons with Disabilities on 3 December. Maharashtra A emerged as the winners by a margin of 64 runs under the captaincy of Rahul Ramugade. Maharashtra B players also played a good game and were led by Captain Surendra Kasare.

Maharashtra A batted first and ran up a score of 142 runs for the loss of 6 wickets in the assigned 15 overs. Maharashtra B have a tough fight and made 78 runs for a loss of 8 wickets in 15 overs.

Man of the match title went to Ganesh Shelar who scored a brilliant made 72 runs and took 3 wickets.

The matches we played have helped create awareness about the sports in India. We have performed well at international level and we hope that wheelchair cricket gains popularity in India and more para payers take interest in the game. Rahul Ramugade Captain, Maharashtra Wheelchair Cricket Team

The Wheelchair Cricket players from Maharashtra had a busy month and played another match against wheelchair cricket team of Karnataka at the Sahyadri Engineering College in Mangaluru. St Aloysius College had organised the first of its kind match in the city with the aim to create awareness about Wheelchair Cricket.

Shiva Prasad, Captain of the Karnataka team spoke to Newz Hook about the match.

He said, ”The match was a great experience for all of us. It was the first time that wheelchair cricket match was held in Mangaluru. Our team had some new players who made their debut and they have great talents.  The organisers had made excellent arrangements for all the players. We are hopeful that such matches will help people know more about the game and the hard work our players put into it. “

Speaking about the match Rahul Ramugade said, “Match was attendant by around hundred people from college and the campus and was covered by many media person in Mangalore city. The organisers have set the mark for facilities provided for wheelchair cricketers. Unfortunately wheelchair cricket does not have any kind of support from cricketing body of India that is BCCI. Our only motto to arrange this match was to create awareness about wheelchair cricket and to help and support us to grow our cricket to next level.”

While cricket is a popular sport in India, there is still a very little awareness about the format of the game played by players with disabilities. This form of the game is played by wheelchair using players and was introduced in the country in 2012. Batting, bowling, fielding all are done by the players as they remain seated in wheelchairs.