Get set to celebrate 1st deaf superhero in Marvel movies, coming soon to theatres near you 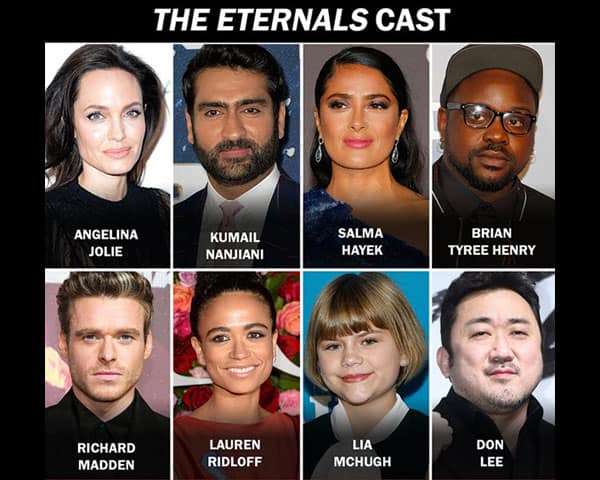 Fans of the Marvel superhero movies, here is some very exciting news for you. After the huge success of Avengers: Endgame, Marvel Cinematic Universe is all set to enthral audiences worldwide with a new set of superheroes, which includes a deaf superhero.

Marvel Movies will soon be out with their next film, called The Eternals. This film will feature the first ever deaf superhero.

Playing the part is actor and former Miss Deaf America, Lauren Ridloff. Laura’s character is called Makkari, and her super power is super speed. Laura, who is born deaf, is well-known for the TV series The Walking Dead.

“It is good idea and I can’t wait to see the movie”, says Mervyn Pereira, Co-founder, Deaf Entertainment, who calls himself a fan of superhero movies.

The announcement has created lot of excitement and buzz among Marvel movie fans as well as the disabled community. While traditional Hollywood often gets the flak for not giving enough opportunities to disabled actors, the superhero films have always celebrated differences The casting of Lauren Ridloff as Marvel’s first deaf superhero is being seen as a major step towards inclusion.

Pradeep More, a deaf leader from Maharashtra , believes such portrayals by popular movies play a major role towards greater acceptance and awareness of deaf people. “It’s a very good start and hope this will encourage more people to give opportunities to deaf people in every sector.”

The Eternals is based on comic characters in comic books published by Marvel Comics. These superheroes are from an immortal alien race who protect the earth from the attack of the villainous Deviants.

When I saw Avengers The End Game I was so heartbroken because Iron Man passed away and also Black Widow. My Ma said she is also sad but we can’t do anything. I follow Marvel on my Instagram and I am very excited about the movies going to release and I am going to wait patiently. The Eternals is releasing on 6 November 2020, Thor Love and Thunder is releasing on 5 November 2021, Dr Strange is releasing on 7 May 2021 and others also. Black Widow also. There is going to be a female Ironman but I will miss the old Ironman always. – Pranav Bakhshi, India’s first model with autism

Pranav’s mother Anupama is equally excited. “I am pinching myself. Besides the world of modelling where Pranav instinctively belongs, his ‘Marvellous World’ is also showing amazing inclusion. There have been characters on the autism spectrum, instinctively Pranav’s favourites and now Makkari in The Eternals played by the born deaf Lauren. Great things happening. I wish to pinch myself again, when in the Indian contexts people with autism are allowed to play themselves.”

Lauren will be playing the lead along with prominent stars like Angelina Jolie, Richard Madden, Kumail Nanjiani/strong> and Salma Hayek.