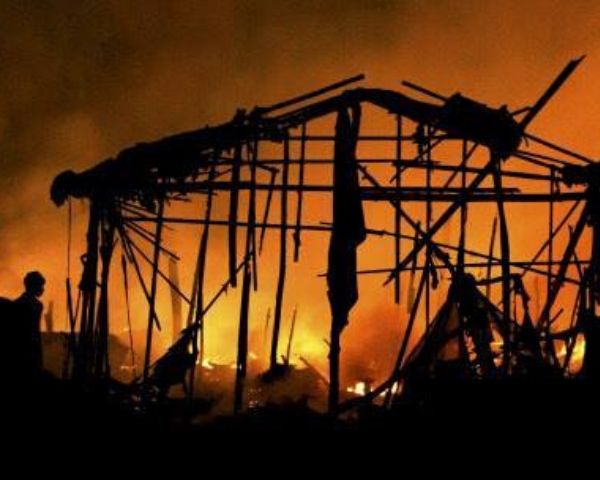 A massive fire broke out at a South-East slum in Delhi at Tuglakabad area on Monday midnight. Over 1500 shanties were completely burnt and destroyed in the accident. There were no reports of casualties. The police along with fire force personals arrived on time and evacuated the area before any person was killed in the accident.

The exact reason for the fire to break out is still not known. Thick smoke and fire was reported from the area at around 12.50 am. Fire engines and police personals arrived at the spot and moved all the slum dwellers to safe places in spite of all of them being asleep. Many people have become homeless in the incident.

Sharing the picture of a young girl sitting outside one of the burnt slums, social media user Bharati Chaturvedi tweeted, “Habiba’s wastepicking parents haven’t earned anything for 2 months. They can’t afford net for d kids’ online classes. They’ve eaten off donations. Now, they’ve lost everything they owned to a massive fire in Delhi’s Tuglaqabad slum. This is how COVID19 is making d poor poorer.