Mobile voting to be offered to disabled voters in Utah County, US, for the first time 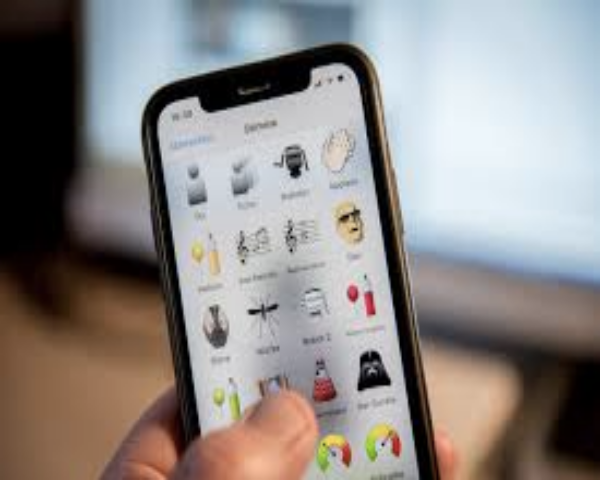 Utah County in the state of Utah, United States, is set to make history. For the first time ever, mobile voting will be offered to voters with disabilities registered in Utah County for their upcoming municipal general elections in November. The facility has been offered only to military and overseas voters until now and the success of the exercise could hold lessons for the Election Commission of India and the disabled community here which faces many barriers to voting in an accessible manner.

Disabled voters in Utah County can use their smartphones to vote in the municipal elections to be held in November this year. The county, located in the state of Utah, has nearly 43,000 registered voters with disabilities. The county has partnered with Tusk Philanthropies, a non-profit that aims to expand mobile voting across the United States.

What mobile voting does is allow users to vote from their mobile phones using blockchain technology. This makes the voting process more accessible and hassle-free to communities that tend to get left out. The success of this initiative could offer valuable lessons to the Election Commission of India (ECI).

So far, mobile voting in the US has been offered to military and overseas voters only. In this year, a mobile voting pilot was held in Utah County and this was audited by the National Cybersecurity Center (NCC). The audit for the municipal primary election showed that votes cast over the blockchain were recorded and tabulated accurately. NCC worked with Voatz to develop a tool that displays the voter-verified receipt, tabulated ballot image and the blockchain transaction.

Members of the public took part in the auditing process as well and no doubts were raised about the veracity of the election. Given the success, the decision was made to extend the pilot for the November elections and expand the option to disabled voters.

This is the first election where we are expanding mobile voting for the disability community and providing them the option to vote from their mobile device. We are making voting accessible to new communities, increasing voter turnout, conducting new pilots and auditing that each election to ensure that votes cast over the blockchain are recorded accurately. – Bradley Tusk, Founder-CEO, Tusk Philanthropies

Commending election officials, like those in Utah County, for offering options to disabled voters, Sherri Newton, Voting Advocate at the Disability Law Center said that the new technologies being developed would help voters with diverse needs exercise their civic right. “The barriers involved with traveling to a polling place make it difficult to vote, which can require them to miss work or can be a threat to their health and safety. These voters are excited about the availability of new, developing technologies that allow them to securely vote at home from their own device, just like many other Utahns have seen with the option of voting by mail.”

Eligible voters will be able to participate in the November election by opting in to vote electronically on their smartphones. Voters will fill out an absentee ballot request, complete their identity authentication and verification on the Voatz application, and submit their ballot for the election. Voting began 20 September 2019 and continues through 8 PM on Election Day, that’s 5 November 2019.

“We are enabling an entire community to vote anonymously, privately, and securely from the comfort of their own home using their own accessible device,” said Forrest Senti, Director of Business and Government Initiatives, National Cybersecurity Center. The NBC will collaborate with Utah County officials and the disability community to conduct a post-election audit to make sure that votes cast over the blockchain are recorded accurately.

The Utah County Election Division also hosted a livestream with NCC publicly auditing the municipal primary election. These measures have come in for much praise. “Election officials in Utah County are leading the way when it comes to improving absentee voting methods for citizens with disabilities”, said Nimit Sawhney, CEO and Co-founder, Voatz. Voatz is experienced in the field of voting technology and conducted the first blockchain-based mobile voting pilot for a federal election in West Virginia in 2018.

“Getting to polling locations, marking a paper ballot, and communicating with election officials are just a few of the challenges that citizens with disabilities face with the traditional voting process”, adds Sawhney. “By taking advantage of the various accessibility features available on modern smartphones and tablets, mobile voting provides a safe, private and convenient channel for citizens with disabilities to play a more active role in our democratic process.”

Utah County could serve as an example to not just the rest of the US but also countries like India, which is looking at ways to make the voting process more accessible and secure to people with disabilities.

Watch this video by Tusk Philanthropies.