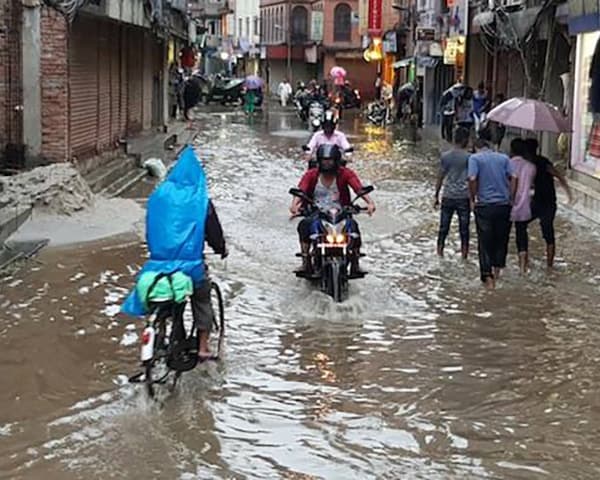 Mumbai on Tuesday received heavy rainfall which was reportedly the heaviest since year 2005. India’s financial capital came to standstill due to the rain that started its downpour on Monday and continued till late Tuesday. The weather forecast has predicted heavy rain in and around the city today as well. A red alert was issued not just in Mumbai city, but nearby Pune, Thane, Raigad and Ratnagiri districts as well.

The state government had asked all offices and institutions to be shut, except for emergency services. Photos of buses and local trains submerged under water are doing the rounds on social media. Public transport was stopped and officials asked people to not step outdoors. The MET office has warned of heavy winds till Thursday.

The NDRF team recovered body of a one-and-half year girl from a chawl that collapsed in Santa Cruz. One body was recovered and one more child is reportedly missing.

Mumbai is battling with the Coronavirus pandemic with over 1 lakh cases being reported from the city. The heavy rains have added to the woes of Mumbaikars.