This music band from Argentina has a drummer with Down syndrome 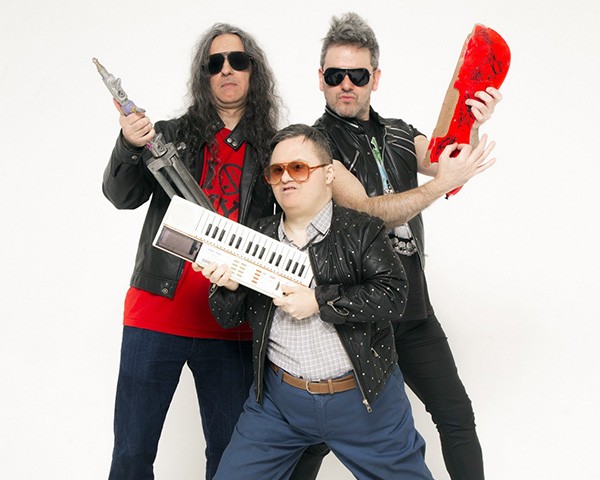 REYNOLS, the music band from Argentina, is known for its diversity in more ways than one. Their music ranges from rock to electronic and among its most famous members is drummer Miguel Tomasín, who has Down syndrome.

Cult music band from Argentina, REYNOLS has made headlines featuring in The Wire’s Top 50 Archive Releases of the Year for 2019. It’s a tribute to a band that symbolises diversity in more ways than one.

REYNOLS appears number 24 in the list released by The Wire, sharing the charts with legends like John Coltrane, Alice Coltrane, to name a few. The box set featured in the list includes CDs, a DVD and two booklets with some unreleased tracks and video footage.

Miguel joined the band at age 10

Formed in 1993 in Buenos Aires, REYNOLS was made up of Roberto Conlazo, Alan Courtis and drummer Miguel Tomasín, who has Down syndrome and was called the “spiritual architect” of the band. Their records released across the world in Japan and countries in Europe. It was also the first group with a Down’s Syndrome member to play regularly at Argentine National TV.

Miguel is regarded as one of the most important personalities with Down’s Syndrome worldwide. His name appears in many books on neuroscience and neurodiversity. He started playing with the band when he was 10 years old. He played his first show with drum sticks that he made by ripping the bars of his cradle.

Speaking to The Wire, Courtis explained the influence Miguel has on their music.

Miguel powers our creativity. He put us in a no limits place, everything goes through a process of quality control. How would you call it? Rock? Improvisation? Contemporary? I don’t know. In Tomasin’s case there is no way to explain it, rationally, that is. Sometimes Miguel is not even singing in Spanish – he is inventing his own words. – Alan Courtis, Band Member, REYNOLS

Miguel never travels outside Argentina for shows and is always accompanied by his mother. There’s a huge demand for him to perform in other countries but he is clear he will not travel. “My mum doesn’t like me going and I don’t go anywhere without my mum”, he told The Wire. “I will live here forever in the present.” He loves the The Beatles, so much so that he wanted to change the name of his band to The Beatles some time ago. “To me they are the best. Ringo has played since I was born. I would like to put together a band like that. I have a message for Ringo (Starr). I want him in my band.”