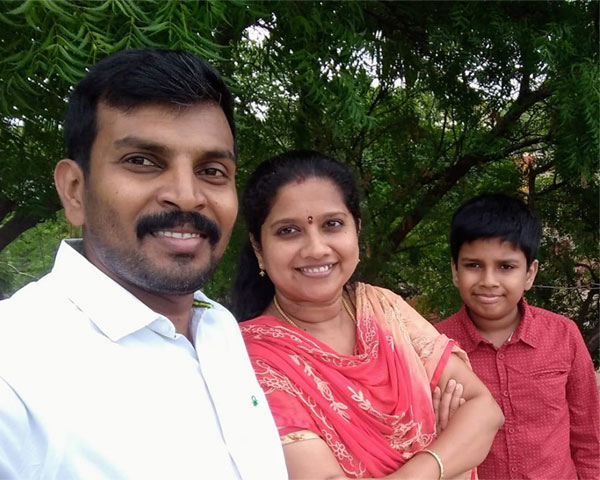 Muthumari Selvakumar and her husband Dr Selvakumar worked together to empower their 10-year-old son Avaneesh Selvakumar who was diagnosed with autism. Soon after the diagnosis, both of them were shocked and upset. But they decided to reach out to their son in all possible ways which is one of the best decisions they have taken till date for Avaneesh.

When Muthumari Selvakumar realized that her son Avaneesh Selvakumar was under the autism spectrum disorder, Muthumari, just like all mothers, was shocked and upset. But she gathered all the broken pieces to start afresh. Muthumari was determined to empower her son, thanks to her husband Dr Selvakumar who stood by her through all odds. Together, the family has proven that all hardships can be overcome with love and understanding. 10-year-old Avaneesh is already empowered in his own ways. Read on to know more about their journey together as a family.

Muthumari and her family currently lives in Tirunelveli. But due Dr Selvakumar’s job demands, they keep changing cities. When Avaneesh was diagnosed with autism, the family was settled in Kerala.

Muthumari never noticed any developmental delays in her son during his early years. He was communicating well, but mostly in single words. He was admitted to a school at the age of four and that is when his teacher told that he wasn’t interacting with other students.

“We are from Tamil Nadu, so I thought language was the barrier for Avaneesh. Though we had certain doubts, Avaneesh was diagnosed with autism at the age of four. Meanwhile, we had to keep shifting cities as well. That affected him in some ways”, says Muthumari.

The diagnosis came as a shock to the parents. Muthumari went through depression. But it was her husband Dr Selvakumar who stood by her like a strong pillar of support. “We were literally stuck and did not know how to go about it or even accept autism. The first six months after initial diagnosis was for assessment. That is when my husband told me that we must work together to empower Avaneesh. He encouraged me to put my best foot forward. There has been no turning back since then”, says Muthumari.

Empowering Avaneesh, their only son

Avaneesh started therapies. But the center in which he joined refused to allow entry of parents into therapy rooms to which Muthumari protested. “I was not OK with my son being given therapies alone inside the room. As a mother, I must know what is going on with him and I need to do the same therapies for him back at home as well. So how can they deny permission to parents inside?”, asks Muthumari.

When this became a problem in most therapy centers in Kochi, Muthumari and Avaneesh moved to Coimbatore. They met Akhila Vaidyanathan, a professional in the autism space. Under her guidance, Avaneesh and Muthumari worked together. Avaneesh also joined a nearby school and the mother-son duo lived in the city for a year. “We thank so many senior parents who helped my son by sharing resources and through their guidance, especially Swaminathan Rajan from Delhi”, says Muthumari.

The family then moved to Bengaluru where bigger challenges awaited. Avaneesh was admitted to a private school and Muthumari also joined in as a shadow teacher. But in six months, the school officials wanted her to stop coming. “I was the bridge between Avaneesh and his teachers. So I had to be around him. That is why we decided to quit the school”, she says.

Muthumari even did skills training sessions so that she could reach out to her son. In spite of the many health issues that happened from pressure, Muthumari is now empowered and can help her soon too.

Academically, Avaneesh is doing very well. He is currently in class six at a government school in Tirunelveli. He loves numbers and analyzing data too. Playing video games and working on the computer is something that excites Avaneesh. He recently started his tryst with cooking too.

He has also learnt swimming, cycling, playing card games and so on. This youngster is now gearing up to participate in an all India level speech talent hunt for persons with disabilities.

“Each child under autism spectrum is different. Only parents have the key to unlock their child’s strengths. Acceptance and understanding is important. As parents, we went to his world rather than forcing him to enter ours”, signs off Muthumari.