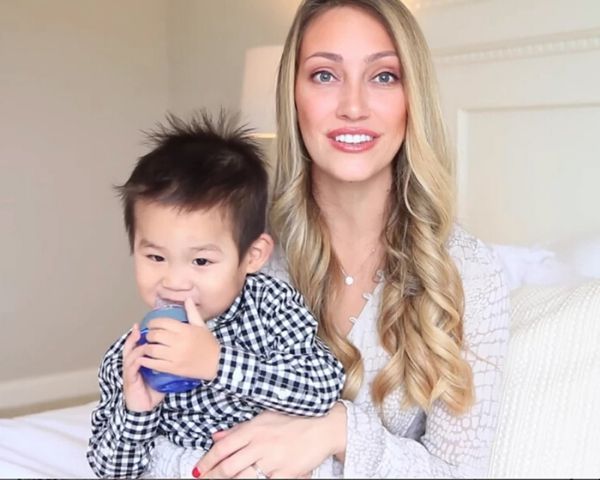 Popular YouTuber Myka Stauffer was criticized on social media after she posted a video last week saying that she has re-homed her adopted son with autism. Four year old Huxley was adopted by Myka and her husband three years back. Social media users including her own fans and followers are shocked and aghast over Myka’s act.

Over the past few days, YouTuber and Vlogger Myka Stauffer has been popular amongst social media users across the world, but not for good reasons. Reportedly, Myka and her husband James Stauffer re-homed their four year old adopted son Huxley who had autism. Last week, the YouTuber revealed this on her channel and even said that the reason to give him off to another home was because she couldn’t manage his needs. Myka faced heavy backlash from her own fans and followers on social media. Now, a police investigation is also on regarding re-homing of Huxley.

Adoption and re-homing of Huxley

Myka and her family lives at Ohio in the USA. The couple has three children of their own. Their YouTube channel ‘The Stauffer Life‘ that was launched in the year 2014 has over 7 lakh followers. ‘The Stauffer Life’ is mainly about parenting and raising kids.

According to Myka, Huxley was adopted from China in the year 2017. Though Myka and her husband knew that Huxley had certain developmental delays, he was diagnosed with autism only recently. On her channel, Myka used to post about Huxley and the struggles of taking care of a boy with a disability. Most were paid and partnership posts. Until a few months back, Huxley was missing from her posts and videos. This raised suspicion amongst her confused fans. It was last week that a teary eyed Myka and James appeared on their channel and revealed that Huxley was re-homed to a better home where his needs could be taken care of!

Her fans on social media were shocked at the insensitivity of the couple. Though Myka came up with numerous reasons for her act, clearly there was no justification to what she did to young Huxley. People from across the world are sharing about this.

Reportedly, multiple brands that had tie-ups with Myka has ended their partnership with her. Many even criticized that she adopted Huxley for social media attention.Myka’s act highlights why organizations that helps in adoption of children, especially those with disabilities, must be careful on choosing a right family for the child.

Authorities are already investigating the case and well-being of Huxley.

The hash tag #JusticeForHuxley was also trending on social media. Many renowned personalities shared about this on their social media account.

“Myka Stauffer (@MykaStauffer) follows me on Twitter because she likes the missives I post about my son. Myka, you are a monster, not a mother. You exploited your toddler for sponsorships and abandoned him using shelter pet terminology while blaming him. My jokes aren’t for you”, tweeted American author Bess Kalb.

Posting an article on Myka, TV host and writer Matt Bevan tweeted, “Reading this article made me want to throw up”.