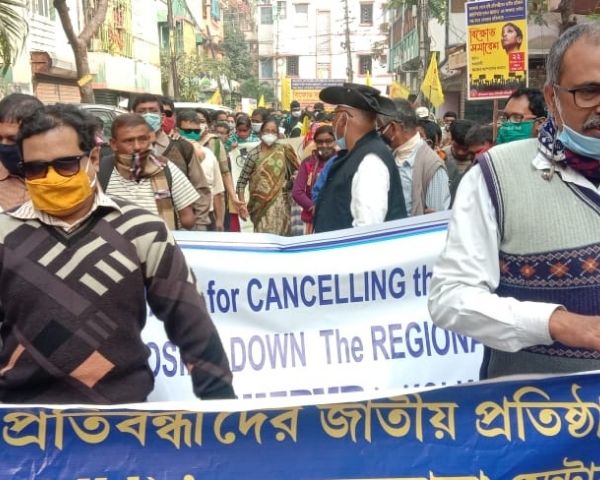 Following widespread protests by disability rights groups, the Centre has withdrawn the order to close down the Kolkata and Secunderabad chapters of the National Institute for Empowerment of Persons with Visual Disabilities. The announcement has been welcomed by parents.

“My mind is at peace now”, says Shivani Gupta. This Kolkata resident was among the hundreds of parents to publicly protest the Centre’s move to close the Kolkata chapter of the National Institute for Empowerment of Persons with Visual Disabilities (NIEPVD).

On 15 December, the Ministry of Social Justice and Empowerment (MSJE), Government of India, had announced that the Kolkata and Secunderabad chapters of NIEPVD would be closed.

The announcement sparked off strong protests. Both centres are a lifeline for families of disabled children, especially from marginalised socio-economic backgrounds.

Like Shivani, whose husband works in a garment store. Her seven-year-old daughter Aditi is totally blind and was unable to get admission into a mainstream school. Since she was 2.5 years old, Aditi has been attending classes at the NIEPVD Kolkata. Shivani, who has a younger child, has to travel for two hours to the centre but she says it is worth it.

Centre backs down after strong protests

Aditi started doing so well after going to the centre. This is the only place in the city where my daughter is treated as an equal. Not just Aditi, all the children with disabilities are given respect here. I was so worried for all them when I heard the news that the centre would be closed. – Shivani Gupta, Parent

The MSJE’s decision to cancel/withdraw the order came after strong protests by disability rights groups and parents in both the cities. Hundreds of activists petitioned the MSJE.