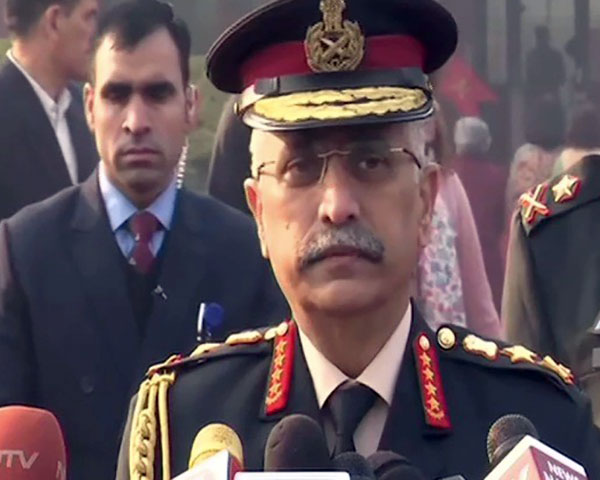 General Manoj Mukund Naravane has taken charge of the Indian Army. A day after taking over as the new Army chief, he issued a stern warning to Pakistan saying India reserves the right to strike at sources of terror if Pakistan does not stop state-sponsored terrorism.

General Naravane also said that his priority would be to be operationally prepared at all times.

Our priority will be to be operationally prepared at all times. We will pay special attention to respect human rights. All three services are ready to defend the country. – ” General Manoj Mukund Naravane, Indian Army Chief

General Naravane is considered a China expert and has experience in counterterror operations in Jammu and Kashmir and the north-east.

He also said that the Army would improve combat capabilities along the border with China.

“The threat remains from both northern and western sides. Over the last many years, we have been concentrating on our western borders while our northern border was at a little lower in priority. There was a need to rebalance and reprioritise,” he said.