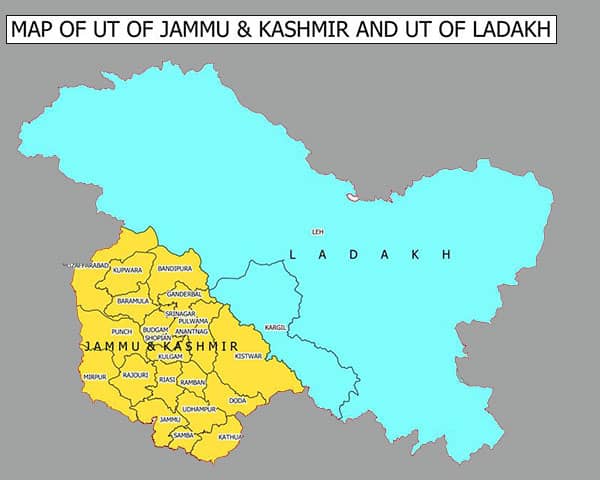 The newest map of India is doing the rounds on social media. The Union Territory of Jammu and Kashmir constitutes all its former districts but Kargil and Leh will form the Union territory of Ladakh. This was implemented last Thursday, on the occasion of Sardar Vallabhbhai Patel’s 144th birth anniversary. Both the Union Territories had received their first governors as well. The central government had issued the latest and newest map showing the changes.

With this latest move, the number of Union Territories in India has gone up meanwhile number of states have come down. “Fresh Indian provocation by showing Jammu and Kashmir as Union Territory in new map of India”, tweeted Lord Nazir Ahmed, Member, House of Lords.

When the central government scrapped Article 370 in Jammu and Kashmir last August, it had created widespread controversy. Many local leaders are still under detention in the state. Communication and internet was completely shut down in the valley. The government claimed that this was to restore peace because chances of violence were high.Watch in Sign Language