OpticSELINE tech holds out possibility of vision without eyes 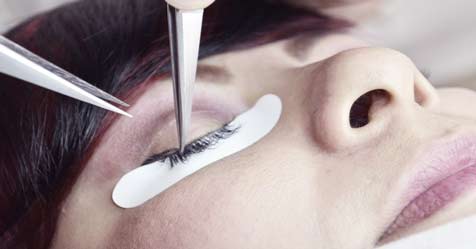 Scientists from Switzerland and Italy are working on a technology for blind people that will bypass the eyeball directly and transmit visual signals. Called OpticSELINE, the technology has been successfully tested on rabbits.

Blindness affects nearly 40 million people across the globe. Some cases are temporary but there are also people with permanent blindness. Scientists from Swiss Federal Institute of Technology Lausanne (EPFL) and Scuola Superiore Sant ‘Anna in Italy, are developing technology that will help people who are permanently blind by bypassing the eyeball entirely and transmit visual signals directly to the brain.

The optic nerve of the blind person will be stimulated by a new type of intra-neural electrode called OpticSELINE, which scientists say they have successfully tested on rabbits. The 12-electrode array will produce phosphenes which create a sensation of seeing light in the form of white patterns, without retina activation.

Previous attempts to stimulate the optic nerve in the 1990s were unsuccessful as nerve electrodes were used. These were rigid and moved around making the electrical stimulation of the nerve fibres unstable, say experts. “The patients had a difficult time interpreting the stimulation, because they kept on seeing something different. Moreover, they probably have limited selectivity because they recruited superficial fibbers”, says Diego Ghezzi, EPFL’s Medtronic Chair in Neuroengineering.

On the other hand, intra-neural electrodes are stable and less likely to move around once implanted in a subject. The technology can help 0.5 million people with the genetic disorder Retinitis pigmentosa that causes loss of vision. It is also safer and effective than available technologies like retinal implants and brain implants. Only a few hundred patients qualify for retinal implants for clinical reasons. A brain implant that stimulates the visual cortex directly is risky.

The OpticSELINE can have a maximum of 40-60 electrodes and while this is far from reproducing the eyesight, these can act as daily visual aid.

We believe that intraneural stimulation can be a valuable solution for several neuroprosthetic devices for sensory and motor function restoration. The translational potentials of this approach are indeed extremely promising. – Silvestro Micera, EPFL

The OpticSELINE’s electrodes deliver an electric current to the optic nerve after which the scientists check the activity in the brain’s visual cortex. They developed an elaborate algorithm to decode the cortical signals from the brain. They showed that each electrode induced a unique and specific pattern of cortical activation in the brain. This suggests that the intraneural stimulation of the optic nerve is selective and informative.

Dr Ghezzi says, that for now they know that intra-neural stimulation has the potential to provide informative visual patterns. “It will take feedback from patients in future clinical trials in order to fine-tune those patterns. From a purely technological perspective, we could do clinical trials tomorrow.”

Given the current electrode technology, around 48 to 60 electrodes could be contained in a human OpticSELINE. This is not sufficient enough to completely restore the sight but it could be used to provide some basic vision to the blind people and make their day to day lives comparatively better.