Over 250 families affected in Bengaluru floods 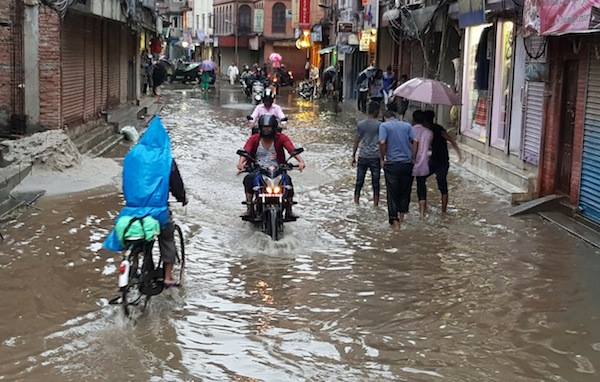 On Sunday, South Bengaluru witnessed heavy floods after water from the Hulimavu Lake flooded the area. Reportedly, the embankment of the lake was breached while someone tried to lay a pipe with help of an earthmover. More than 250 families were affected by the floods and most of them were rescued and moved away from the area. In images that went viral on social media, bikes and cars could be seen floating around flooded areas.

No rains, but still your house in Bengaluru can get flooded. Pathetic. The BBMP better have an explanation-Dhanya Rajendran, Journalist.

Bruhat Bengaluru Mahanagara Palike (BBMP) immediately stepped in to control the situation with the help of NDRF and SDRF teams. By Monday morning, officials could control it to a large extent. No casualties or accidents were reported. Bengaluru city mayor Gautam Kumar also visited the flooded areas. Pumps were used to flush out the excess water.

BBMP assured that they will conduct a thorough investigation into the incident which affected hundreds of people living in nearby areas. Many people took to social media to show their protest against apathy and insensitivity of officials in safeguarding citizens. “How #Bengaluru #Lake s are becoming jokes.#Flood due to Lake in one particular catchment area!Who is responsible!First clear the water flowing on roads & houses.The major concern shd be the health safety of respective citizens”, tweeted Manish Agarwal.