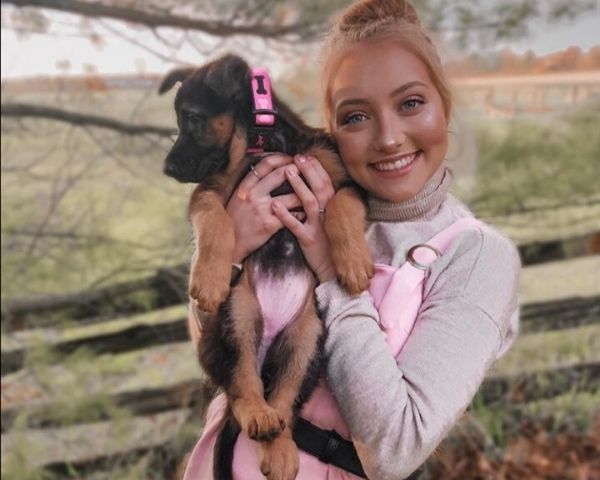 19-year-old Paige Layle from Canada recently released a set of videos highlighting importance of early diagnosis of autism in girls. In her series of TikTok videos, Paige talks about how she had a late diagnoses because of several reasons. Many social media users appreciated her for stepping forward to talk about the cause.

Autism is a condition that affects the social and communication skills of an individual. According to studies, one in 65 children are diagnosed under autism spectrum disorder. That is precisely the reason why parents and caregivers must be vigilant on symptoms of autism. 19 year old Paige Layle, an eyelash technician from Ontario in Canada recently released a set of videos through her social media. In the videos, she talks about how people don’t accept that she has autism because of how she looks and acts. The video has the right message to society as well.

Paige had released a series of videos through her TikTok account which has a huge fan following. The main purpose of the video is to pass on the message on how autism often goes undiagnosed in girls, or is diagnosed very late in life. She has released over three sets of videos to highlight the cause. Reportedly, Paige had a late autism diagnosis at the age of 15 years.

When doctors studied autism, they only studied males. This makes it harder for anyone else to be diagnosed because everything is based on the male brain. Girls usually end up showing different traits than guys. This is why it can take us years to get diagnosed. I have an autistic guy friend. He was two when he got diagnosed. It takes longer for girls to get diagnosed because we are particularly good at one thing. This is something we call masking. It is basically just being a really good actor. It is when you fake traits that everyone else is showing- Paige Layle.

Importance of early intervention and diagnoses

Paige’s videos are definitely an eye-opener to why parents must be vigilant on their child, especially if it is a girl who shows traits of autism. When compared to boys, society sees a lower ratio of girls under the spectrum merely because most of them goes undiagnosed.

Saraswathy, who has a 13 year old daughter Sreeparvathy with autism says that she diagnosed her daughter at a very young age.

“My daughter was diagnosed when she was around four years old. I noticed that she was not social. At playschool, she preferred spending time more with her teachers than peers. I think it is not a hard task for parents who are vigilant about their child’s growth to know if they have a developmental disorder”, says Saraswathy.