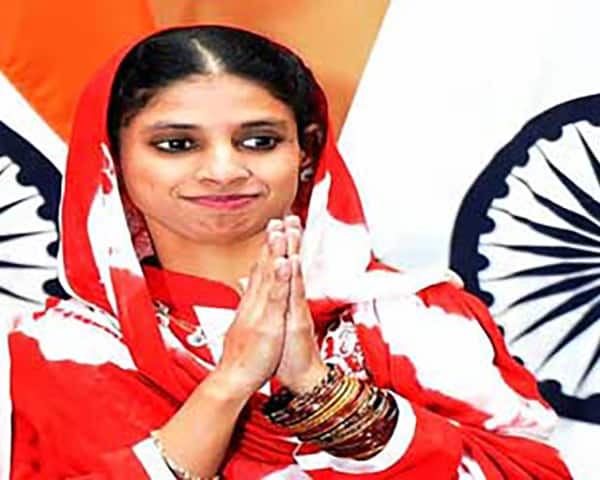 Over four years after she came back from Pakistan, Geeta, who is deaf, has not been able to find her family. Now, she is turning to social media to help track them down. The NGOs looking after her are using FaceApp to make her look younger. They have also started a Facebook page so that her family can identify her.

The heartwarming story of Pakistan-returned Indian girl Geeta, who was born deaf, made headlines four years ago. Unfortunately though Geeta is still to find her biological family. Geeta was a child when she was lost in a train to Pakistan. There, she was taken care of by an NGO

Four years ago, the late Sushma Swaraj, who was then the Union Minister for External Affairs, worked to bring her back to India. But until now, the return has been a mixed blessing as Geeta has been unable to find her family. Muk Badhir Sangathan, the NGO that looking after her, plans to use social media to find her real parents.

According to reports, the NGO is using FaceApp to create a photo of young Geetha so that her family can identify her. They have also started a Facebook page called Reunite Geeta, a Deaf Girl with family and this is getting attention.

It is truly remarkable that Geeta’s caretakers are using technology like FaceApp to identify her family. People from the deaf community has been extensively using social media which is of great help. This latest gesture will make finding out her parents easier in a large country like ours. Use of such technologies are always helpful and great.- Ruma Roka, Founder, Noida Deaf Society.

Many families had come forward claiming ownership of Geeta. But DNA reports showed they were making false claims. Attempts were also made to get her married off but this was unsuccessful. Geeta, who is doing some skill development courses, hopes that she can be reunited with her family someday.