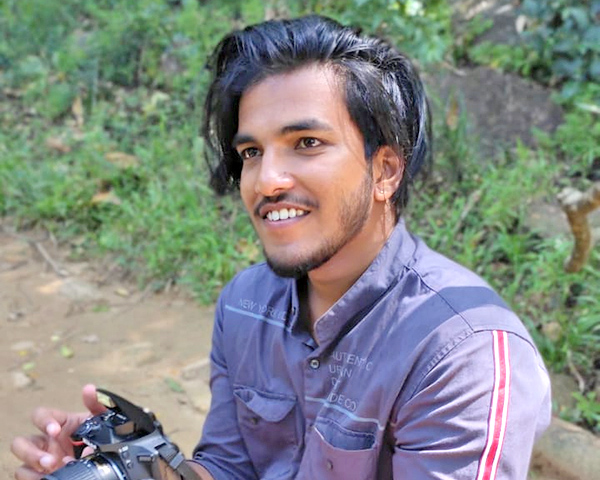 22-year-old Akhil SR from Trivandrum is a para shooter who recently won a state medal in the sports event. Akhil met with a bike accident almost three years ago. He was left with a spinal cord injury that made him a wheelchair user. But this youngster is aiming for the stars and hopes to bring home more laurels for India.

22 year old Akhil SR is aiming for nothing lesser than the stars. This youngster met with a bike accident three years back that left him with a spinal cord injury. He has been a wheelchair user since then. But Akhil, who is an ardent sports fan, decided to try out his luck with para shooting, which is a Special Olympics event. Recently, he won a state gold medal in para shooting. He hails from Trivandrum, the state capital of Kerala. Akhil has many plans for his future which includes bringing home laurels for India at international para shooting events.

Akhil remembers that the first few months after his accident were traumatic and depressing. His rehabilitation was being done at Vellore Medical College where he spent over six months. But that did help him a lot as he could meet many other people like him.

At Vellore, I received training on how to become independent. When I realised that I’am going to have a disability, I was shocked and shattered. But I also realised that I have to gather all the broken pieces and build a new life and that is just what I did. Soon, I got a government sponsored tri-wheeler which has made me more independent. Now, I can go around freely. – Akhil SR, Para shooter

When Akhil realised that sports was his true calling, he decided to try his luck with para shooting. Siddhartha Babu, who is also a wheelchair user, is Akhil’s mentor and guide. An international para shooter, Siddhartha has made his mark in the sports field. Inspired by him, Akhil has been passionately practicing para shooting since the last one year. He has already specialised in 12 metres standing.

Akhil is currently pursuing his degree in sociology. He has ample support from his parents and brother. But owing to financial constraints, this youngster is not fully able to concentrate and put his best towards para shooting. He currently undergoes training at Vattiyoorkavu Shooting Range where he has to spend Rs 500 for just one day practice session. Though he has underwent practice with Siddhartha in Bengaluru, Akhil says that he cannot do that often due to lack of funds.

In spite of the many obstacles and differences, Akhil is adamant on chasing his dreams. His friends who have stood by him through thick and thin are his biggest pillars of support.

Rajesh S, a wheelchair user from Trivandrum who knows Akhil closely says, “He is a very talented young boy brimming with confidence and energy. In spite of having met with an accident at such a young age, he has come out of it to emerge successful. He was always keen on sports and I hope he is going to bring home more laurels”.