Stefan Voormans, a paraplegic cyclist from Germany, arrived in Mumbai after successfully completing his mission of cycling from Kolhapur to Mumbai. Stefan did this to create awareness about orthopedic disability as part of an event called Cyclothon 2020.

It was a mission that combined the messages of environment conservation and disability awareness. And the man bringing that to the world was Stefan Voormans, the well-known paraplegic cyclist from Germany who uses a specially designed cycle that allows him to cycle in a sleeping position and paddle with his hands.

Sounds impossible for a person with disability? Well, Stefan proved otherwise with Cyclothon 2020, a 650-km cycling trip from Kolhapur to Mumbai. Stefan started the journey on 12 February in Kolhapur and finished a week later in Mumbai. Stefan says the aim of the mission was to raise awareness about protecting the environment and about orthopaedic disabilities.

There were plenty of curious stares and warm welcome ceremonies waiting for Stefan at various points during the journey when he took a break. Speaking to The Times of India, he said “Confidence is our major strength and nothing is impossible in our human life. We should only go ahead despite challenges”.

There were some anxious moments on day 2 of the journey when Stefan was injured at Karad. He was quick to post an update on Facebook and reassure his family back home.

At the beginning of today’s second stage, I fell and pulled a smooth collarbone fracture with bruises. Got super taken care of in the hospital of Karad and I’m still touched by the affection I was given to me by the people visiting me. Please don’t worry at home!!! I can and will continue to accompany the Cyclothon in one of the vehicles, because of our doctor and physio am in best hands! – Stefan Voormans, Paraplegic cyclist 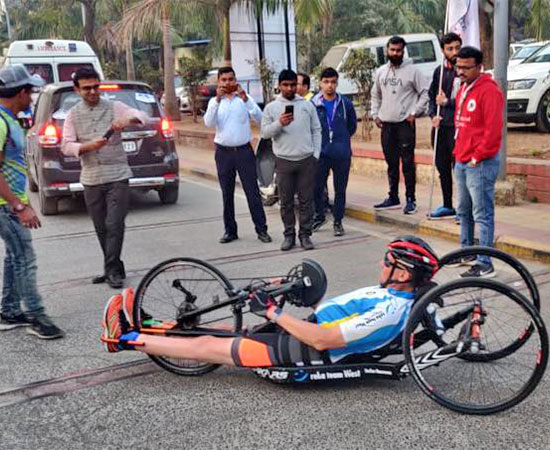 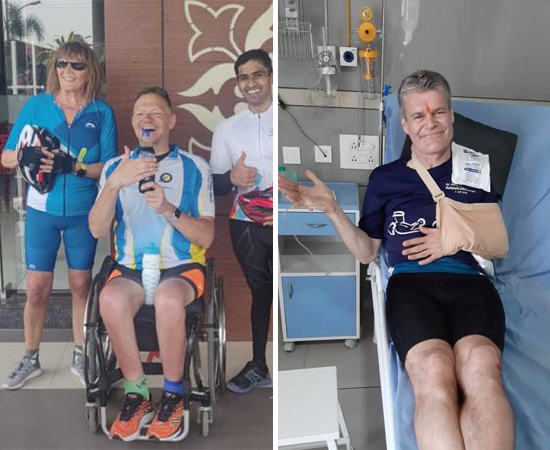 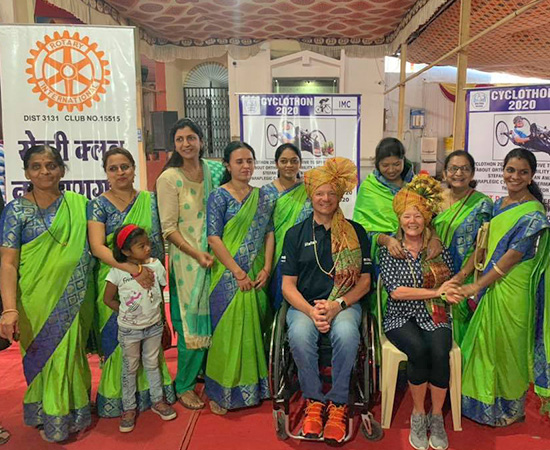 Stefan has raced with John Abraham

Stefan is a familiar presence in India, especially Mumbai. In 2013, he raced with Bollywood action star John Abraham at the Tour De India which organises cycle races all over the country. Stefan holds a record for cycling 42 km in one hour and 42 minutes.

Cyclothon 2020 was organised by the Ratnanidhi Charitable Trust and the Indian Merchants Chamber. Throughout Stefan’s journey there was an ambulance and support vehicle accompanying him.

Here are some videos that show you glimpses from Stefan’s cycling mission: