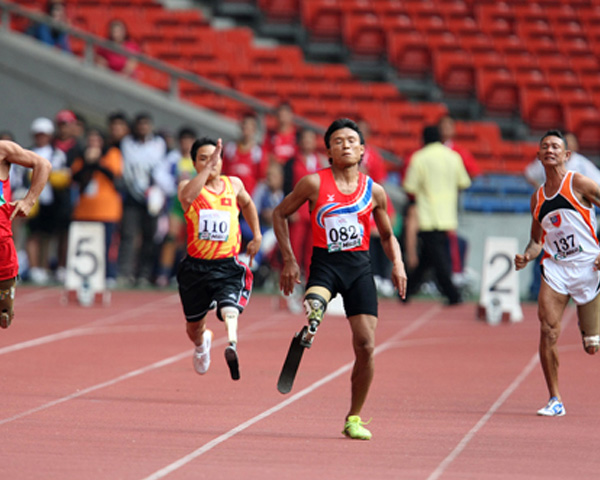 A controversy has erupted over the government’s move to suspend the Paralympic Committee of India on the grounds of alleged mis-governance. Some activists have spoken out against the decision, calling it nothing but political interference.

Nearly six months the Paralympic Committee of India (PCI) held its annual general meeting (AGM) in Bengaluru, the Ministry of Youth Affairs and Sports made a formal announcement suspending the PCI on the grounds that decisions taken at the AGM were invalid.

The letter addressed to J Chandrashekhar, Secretary General,PCIsays that a “serious complaint was received” by PCI president Rao Indrerjit Singh over the manner in which he was removed from the post. The letter says the explanation offered by the committee for removing Singh was unsatisfactory and hence the committee was being suspended. It also accuses the PCI of failing to follow “good governance practices” and of violating the National Sports Code and its own constitution.

The allegations have been dismissed by many PCI members present at the meeting, who say that the decision is motivated by spite. Disability rights activist Pradeep Raj, who is active in field of para sports, says the decision to remove Singh as PCI President was taken as he was over 70 years of age.

As per government norms, a person over 70 years of age cannot hold this post and hence the decision was taken to remove Rao Inderjit Singh as president. The AGM had 93% voters from various state associations and the decision was a collective one. He is angry about this and this is an act of revenge. – Pradeep Raj, Disability rights activist

Raj also questions why the current PCI term was renewed in July if the AGM was invalid. “This was a unilateral decision without notice and is nothing but misuse of power”.

Politics aside, the immediate concern is over the fate of the Indian para sportspersons ahead of the 2020 Paralympics and the world championships in November. Paralympian Deepa Malik hoped that until fresh elections are held in October, competition in various sports disciplines should not be stopped. “Please continue to accept entries. Competition in various sports disciplines need not be stopped as we need quotas for Tokyo 2020”, she tweeted.

Among those to voice their despair was Arjuna Aware winner Amit Saroha, one of India’s top Para athletes and the first quadriplegic to represent India at a Paralympic Games. “I wanted to concentrate fully on the Paralympics but with this news, I am not sure I can any more. It is time all para sportspersons got together to get rid of the dirty politics”.

This is not the first time that the PCI has faced such action. The committee has been suspended three times in the past over allegations of mismanagement and corruption. This perhaps explains why some para sportspersons are not so worried about what is unfolding.

“This is just politics and will not affect us”, said Gaurav Khanna, Head Coach, Indian para badminton. “I am sure nothing will stop our players. As far as badminton is concerned, we are already at a stage where we are only occupied with the game. This has happened before and Sports Authority of India (SAI) took care of our athletes so I am sure this will be a temporary issue and nothing else”.