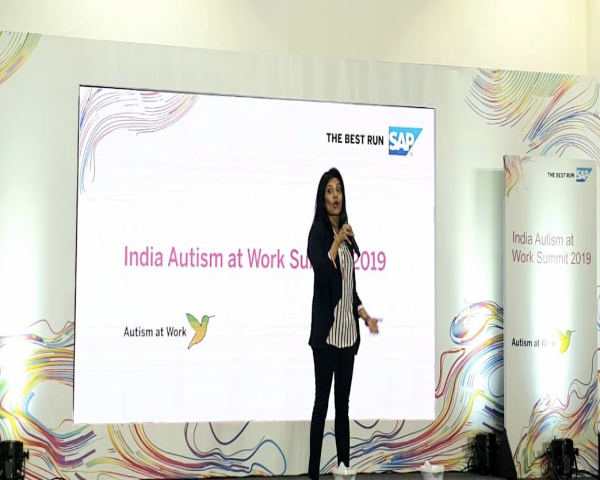 About 15 multinational companies, parents, NGOs and experts gathered at the first Autism Advantage Luncheon held at the SAP Lab Headquarters in Bengaluru this week. This is an event organized by Specialisterne Foundation, a Denmark-based NGO that is committed to creating a working environment for people with autism. The luncheon is held in partnership with agencies of the United Nations and other organisations working to promote inclusion of people with autism.

About 15 multinationals, apart from parent support groups, and experts gathered at the SAP Labs headquarters in Bengaluru for a day-long session that was aimed at bringing stakeholders together to look at ways to promote inclusion, not just at the workplace but in all aspects of life.

The event was organised by Specialisterne Foundation, a Denmark-based NGO, whose founder Thorkil Sonne aims to create one million jobs for people with autism around the world. To achieve that ambitious goal, countries in Asia can play a key role and hence the first luncheon in China last year was followed by India.

Speaking at the event, the man who started the game changing Autism at Work programme in India, V R Ferose, Senior Vice President and Head, SAP Engineering Academy, sounded a realistic note. “Autism at Work is a great programme but to create a dent in the universe, you have to change the system. In 2013, when we started the programme at SAP Labs, we set a goal of 650 jobs for people with autism. Today, we are at 150. We have a long way to go”.

Since we made Autism at Work a global programme in 2013, it has spread to 13 countries and today we have over 150 people with autism working in our offices globally. From a business point of view, we have grown as an organisation with each acquisition. Each acquisition has brought with it unique skill sets and we truly believe that without a strong culture of inclusion we cannot progress. – Sindhu Gangadharan, Managing Director, SAP Labs, India

Among the organisations that shared their best practices was Big Bazaar, which has launched a Quiet Hour for people with autism in select stores and Dell Technologies which held a Hackathon to develop early intervention technologies for children on the spectrum.

“One of our key learnings at Dell Technologies is that we have to create awareness on a constant basis and also employer readiness”, says Mani Eranhikovil, Systems Architect, SAP-ERP, Dell EMC. “Families with children on the spectrum are sceptical to send their kids when they are ready to be employed because they have concerns like will their child have a mentor or even a calendar that is user friendly. All this makes them uncertain. Each one of us is accountable to create that awareness”.

One of the parents at the event was Sugundhi Ravindranathan who has a son on the spectrum. “This is a group that is already aware and it is nice to see people doing something but it can’t remain confined here. It can’t be a silo and has to become a movement”. Sarbani Mallick, Founder-Director, Biswagouri Charitable Trust, an organisation that reaches out to children with autism, concurs and believes its high time the government stepped in. “Most of the things cannot be done by NGOs and parents alone and we don’t have systems in place like social security, so the government has to come forward”.

The sole government representative at the event, V S Basavaraju, State Commissioner for Persons with Disabilities, Karnataka struck a positive note, saying that a systemic change was in the horizon. “As someone who worked in the disability NGO space, I know what government systems can do and what parents and NGOs can do. Understanding for the government is a challenge and we all need to step in and help with that. It is tough but let’s not hesitate to do that because once we do, the change we can bring in is big”.

The biggest barrier in India is data. According to World Health Organisation 15% of the world’s population lives with some form of disability. The India figure, according to Census 2001 is 2.1% of the country’s population, which clearly does not reflect the reality. Without accurate data, it is hard to make a start.

Among the key takeaways from the event was the need for organisations to develop good managers. “Managing diversity is hard so to make it a success we need good managers”, pointed out Ferose in his talk. “Make the success of an Autism at Work programme a tool for managerial evaluation. It is important to have, not outcome-driven, but compassionate managers. For the Autism at Work programme to succeed, companies have to make compassion the core value”.