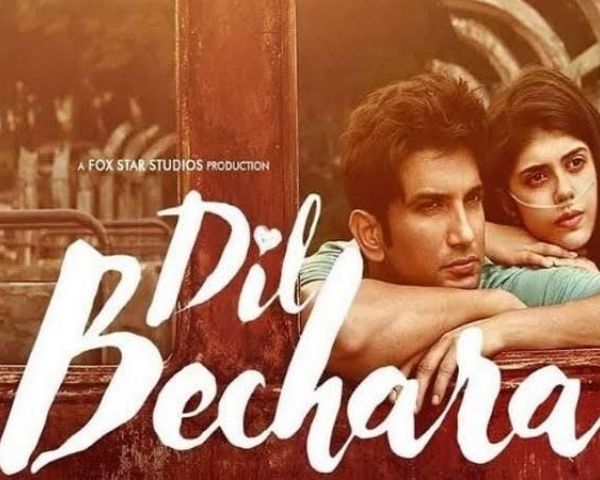 Paresh C Palicha from Kochi is a movie fan and critic too. He has reviewed hundreds of movies and is regarded by many as the go to person for all things to do with Malayalam cinema. He was diagnosed with cerebral palsy at a young age and is a wheelchair user now. Paresh reviews the latest movie ‘Dil Bechara’ for Newz Hook which is also the last movie of late actor Sushant Singh Rajput.

It has been just a month and a few days that Sushant Singh Rajput died by suicide. I have not followed his career academically as it is expected to be from a person who likes to be known as a film journalist. I’ve just seen couple of his movies in the theatre and a few on television. But, the bombardment of news clippings and snippets of his interviews showing his intellectual or philosophical side made me feel guilty about ignoring him.

So, I had promised myself to see Dil Bechara at the first given opportunity. And, because it being a rightful remake of The Fault Is With Our Stars I watched that too before watching the remake.

The original story is about two terminally ill teenagers trying to make their limited time here worthy or fighting the fear of the dead-end that they were approaching rather abruptly.

Dil Bechara just lazily transposes the thread of the story in the Hindi heartland so to speak. And, there are cosmetic changes made to suit the Indian palate.

First thing we notice is that the lead players here are older than they were in the original (to suit the appearance of the actors), we get the hard proof of it in a pre-climatic scene where the hero is said to be 23 years old. And, the philosophical rambling is very minimally used; unlike the original where it is the basis of the story.

Here it becomes a frivolous love story as you see it in any other film. They don’t have any angst about the situation they are in. A cute cum handsome looking boy and a not so great looking girl (please don’t mistake this statement to be misogynistic as there is a concerted effort on the part of the make up department to make the girl less glamorous than a conventional movie heroine) meet in a cancer survivors group, in the beginning the boy irrites the girl, offers her to be the heroine of his film that is being directed by his soon to be blind friend. And, eventually they fall in love.

The frivolousness doesn’t end there, the boy is a Rajani fan (that is not the frivolous part), it is supposed to be the cool quotient and it gives gravitas to his character as he is very fond of the Tamil word ‘Seri’ (synonymous to ok, right, alright etc). The girl on the other hand is an avid blogger (to narrate the story in her voice) and she is smitten by a popstar Abhimanyu Veer, an one album wonder who has gone in hiding after his album released and the final track in it is incomplete. So, she is obsessed about finding him and asking why is that so? There is something very flimsy about the plot, yes we can believe that most have stars in their eyes and wish to be actors. But, wanting to meet a popstar just to ask him why one of his songs sounds incomplete is far fetched by any stretch of imagination, leave alone parents in an upper middle class family shelling out money to take their cancer stricken daughter along with her boyfriend all the way to Paris just for this. In the original it was a recluse author who had written a story narrated by a teenaged cancer afflicted girl and stopped it mid-sentence signifying the narrator’s death. And, parents in there were affluent enough to take the kids all the way to Amsterdam for this.

In a way, ‘Dil Bechara’ is just watchable once for the sentimental value in the wake of Sushant Singh Rajput’s tragedy. There also it feels like a macabre meta film running parallel to it’s lead actor’s life story.