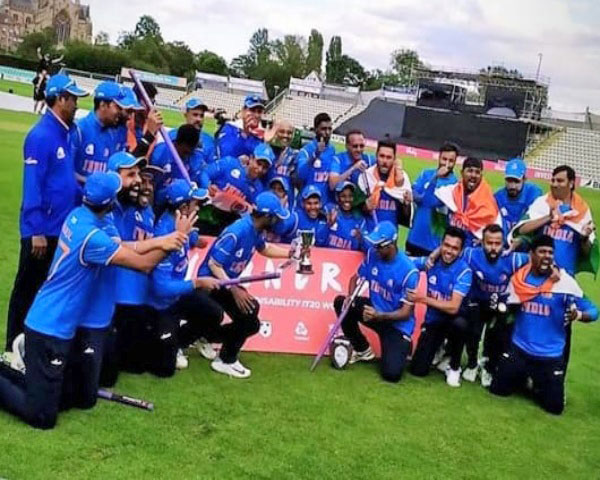 Harley Medcalf, manager of former Australian cricketer Steve Waugh, has been in the news for his sustained efforts to financially support India’s physically disabled cricketers during the Covid pandemic. The good news is that the Indian community in Australia has rallied around for the cause as well and are supporting Medcalf.

Around 100 physically disabled cricketers in India have been supported thanks to the fund-raising initiative launched by Harley Medcalf, manager of former Australian cricketer Steve Waugh. In January this year, Medcalf visited the players of the Physically Challenged Cricket Association of India (PCCAI) in New Delhi and was impressed with their dedication and commitment to the game. Medcalf was in India in connection with Waugh’s upcoming book Spirit of Cricket, which captures the passion for cricket across India.

When the locked was declared, Medcalf reached out to support the PCCAI cricketers, many of whom were facing hard times. Medcalf initiated a fundraising drive with Waugh and together they raised over six lakh rupees.

“Nearly 100 players have been supported so far with each player given Rs 5,000”, says Ravi Chauhan, General Secretary, PCCAI. Of the 4,000 PCCAI players, around 500 have been identified as in need of financial support. The association looks forward to supporting an additional 400 players.

Lending a hand to Medcalf and Waugh are many Indians based in Australia. One of them is Anand Chukka, Founder and Event Director, ICCL Cricketainment. “Abilities and not dis-abilities should be the mantra. Every individual has the rights for basic entitlements, that’s right to play, participate and access to dignity, respect and opportunity to showcase their talents”, says Chukka. “I am privileged to show my gratitude to India through this opportunity as well”.

Other prominent Australian NRIs backing the fundraising initiate are Praveen Nalla, Co-Founder-Managing Director, Piggy Smalls Australia. “These are people of determination and not people with disabilities”, says Nalla.

Chauhan says the additional support from ICCL Cricketainment is great news for the players.“The PCCAI and players are delighted that international support is coming for these players to continue doing what they are good at. There is indeed light at the end of the tunnel”.