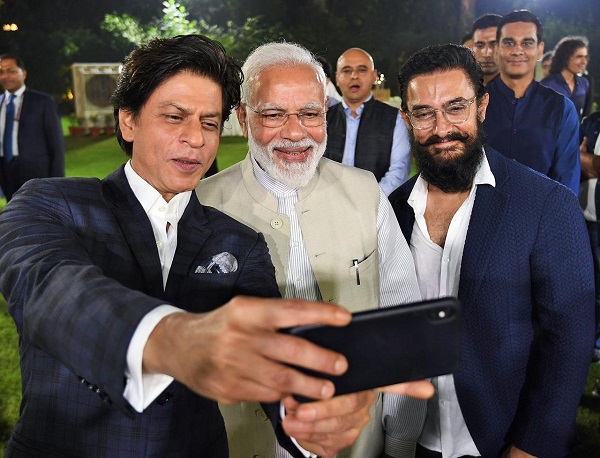 Prime Minister Narendra Modi launched his new initiative ‘Change Within’ yesterday at an event held at his residence in New Delhi. The grand event was attended by several film and television personalities.

The initiative is a part of the 150th birth anniversary celebrations of Mahatma Gandhi.

Prime Minister Narendra Modi shared the images and videos of the event on social media and tweeted, “Our film and entertainment industry is diverse and vibrant. Its impact internationally is also immense. Our films, music and dance have become very good ways of connecting people as well as societies. Here are more pictures from the interaction today.”

While speaking at the event PM Modi praised the entertainment industry for promoting the ideals of Mahatma Gandhi.

He said, “The power of creativity is immense and it is essential to harness this spirit of creativity for our nation. Several people from the world of films and television have been doing great work when it comes to popularising the ideals of Mahatma Gandhi.”