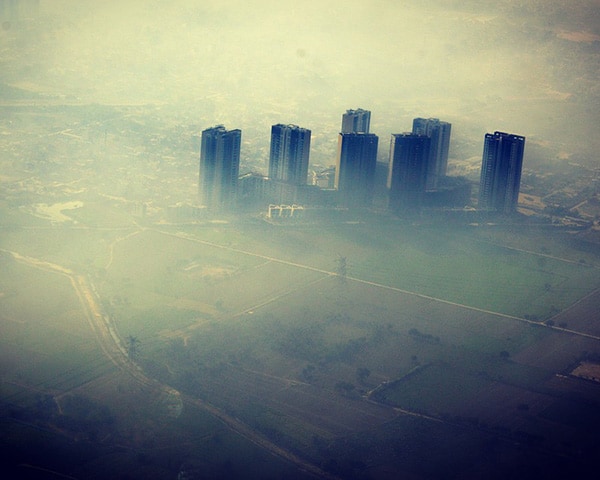 Delhi’s pollution woes are rising as each day passes. In spite of the Delhi government introducing measures to curb pollution, which includes the odd-even vehicle rationing system on roads, pollution has not been controlled. Prime Minister Narendra Modi’s office held a meeting in order to review the situation. Top officials from nearby states Punjab and Haryana were also part of the meeting. They discussed various measures to curb pollution. PK Mishra, Principle Secretary, said that the central and state governments will adopt quick yet short term measures to address the issue. Long term solutions will be looked into after consultation with experts.

On Monday, the Supreme Court of India slammed the central government in its delay to take appropriate action against the pollution crisis.

As pollution levels worsen in capital , shouldn’t @PMOIndia call emergency meeting of Delhi, Haryana, Punjab CMs? Isn’t that what co-operative federalism and being leader of the country demands? Let’s not play politics with our lungs!-Rajdeep Sardesai, Media person.

Chief Secretaries of Punjab and Haryana, Karan Avtar Singh and Kesni Anand Arora assured that their states will look into the matter at the earliest.

After Diwali celebrations last week and bursting of firecrackers, Delhi and nearby areas recorded high levels of pollution. The state government had to shut down schools and colleges. Stubble burning of crops by farmers are one of the rising causes for pollution. At the review meeting, officials said that farmers who are engaging in further stubble burning will be fined heavily. “PMO for permanent solution to curb air pollution, holds review meeting with states for 2nd day Top officials of Delhi, Punjab and Haryana outlined steps taken in the past 24 hours to check air pollution, including imposing fines on those burning stubble”, tweeted lawyer Amrita Bhinder.

Meanwhile, two air purifiers were installed on Tuesday at the gates of Taj Mahal in Agra as pollution rose to extremely dangerous levels.