Prabav Ram, a 21-year-old dancer & drummer from Kochi proves what a true rock star is! 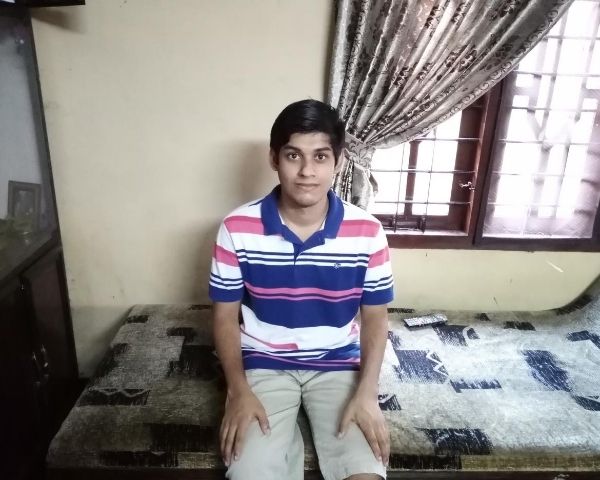 A passionate dancer and drummer, 21-year-old Prabav Ram from Kochi was diagnosed with dyslexia at the age of five. With the support of his family and teachers, Prabav is working on becoming independent in life.

Youngsters with learning disabilities, whose disabilities often goes unnoticed by parents and teachers, are sidelined in mainstream schools. The trauma and anxiety that they go through are endless. For Prabav Ram, a 21-year-old youngster who was diagnosed with dyslexia, it was nothing different. But Prabav has chosen his path. A dancer and amateur drummer, Prabav now knows what his passions are, thanks to his family and supportive teachers who never let him down.

When Kamala Menon came to know that her daughter had given birth to twins, a boy and a girl, she was excited. Since her own daughter had a learning disability, Menon was determined of taking care of her grandchildren by showering them with love and care. But by the time the siblings turned three years old, Menon noticed certain developmental delays in the boy child Prabav. Soon after he was admitted to a school, he became hyperactive, couldn’t grasp what was being taught and couldn’t fully involve in school activities as well.

Since the family was living in Madurai during that time, Menon decided to do a diagnosis after which doctors confirmed he had dyslexia. “I was not shocked because I knew about what dyslexia was since my daughter also has the same”, she recollects.

Though Prabav was admitted to a mainstream school till class 1, he just couldn’t cope up with academics. As per the suggestion of teachers, Prabav received special education for a while before being admitted to Smrithi Special School in Kochi where he is studying now.

Prabav has completed his class 10 and is now pursuing class 12. “He is happy there. There is a lot of support from teachers too”, says Menon.

Prabav is a dancer and has won prizes for competitions. Since his communication skills are low, he cannot point out who is favorite dancer on-screen is. But he is an ardent fan of Malayalam actor Dileep.

As a child, he used to dance along with his twin sister and other younger sister. That is when Menon also realized that her grandson is good at it. So he was sent to the famous ‘Kalabhavan’ to learn dance. He still learns there. But what Menon says as an achievement is that he is able to go and come back alone in a bus independently!

Prabav is also learning drums and aspires to be a drummer in the future. He has also done a small role in Malayalam short film ‘Cycle Bell’.

“It is important to support our children. Give them care and help them find out their true identity. Encourage them to bring out the best”, says Menon.

Prabav points out at the array of trophies that he has won which are decked up in their living room cupboard. “I won them all”, he says with a smile.