Diagnosed with autism, singer Pradyunn Ravi has big plans for the future 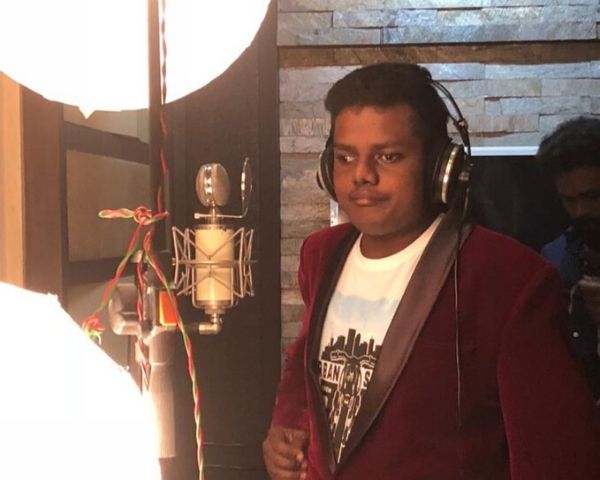 21 year old Pradyunn Ravi was diagnosed with autism when he was around three years old. But it took a few years for his parents to accept his disability and become aware of what autism is. Pradyunn is a trained singer who has performed at various venues. He has shared stage with renowned singers in Kerala and hopes to build a career in the art.

‘Music is the strongest form of magic’, said famous Hollywood personality Marilyn Manson. It indeed is for 21 year old Pradyunn Ravi from Kochi. Pradyunn was diagnosed with autism at a young age. But he has been musically inclined since a very young age. Pradyunn has beaten his disability to become a musical maestro. He has performed at numerous venues across Kerala. Pradyunn’s exciting journey is truly inspiring and motivating to every youngster.

Pradyunn’s mother Kanni, father Ravi and elder brother Tarun are his strongest pillars of support. After certain behavioral issues, Pradyunn was diagnosed with autism when he was around three years old. Just like every parents, Pradyunn’s diagnoses came as a shock to the family.

I was working with the Indian railways during that time. When Pradyunn’s diagnoses came, I couldn’t accept it and I was depressed for a long time. That is when I decided to quit my job and stay with Pradyunn to empower him. My colleagues and the railway department was very supportive. They granted me a long leave- Kanni Ravi, Pradyunn’s mother.

When Pradyunn was four and half years, Kanni took him to NIMHANS in Bengaluru as per the to advice from experts. After receiving a one month training, Pradyunn and Kanni returned back to Kochi where he was home-schooled. “What I would tell to other new parents of children with autism is that, you have to be extremely strict with your child. If you are not firm with them, later it can be a huge problem. When they enter teenage, they become physically strong and you won’t be able to manage them”, says Kanni.

Pradyunn completed his class 12 in NIOS from Vigyan Valley, a special school in Kochi. He has also done a course in Bakery and Confectionary, something which he was always interested in.

Kanni remembers that Pradyunn had a passion for music since a very young age. Until the age of two, Pradyunn could talk. In fact, he used to hum songs and even call out his brother’s name musically! But soon after that he started showing symptoms of autism.

“I realized that he was interested in music. When he watches songs and ads on television, he used to sing along. He was interested in prayers because there was a musical element to it. So I decided to encourage that. Meanwhile, I had to concentrate on my elder son too. He was also growing up”, says Kanni.

That is when the family decided to give him professional training in the art. Kanni started looking out for music teachers who could train Pradyunn. But many people refused to accept him due to his disability. But finally they found a teacher and under his guidance Pradyunn learnt music until the teacher passed away. Now, Pradyunn is being trained under Ratheesh Sankar. In fact, Ratheesh even uploads Pradyunn’s singing videos on YouTube which are slowly gathering attention.

Today, Pradyunn is an established singer who performs at various venues. His favorite singer is Arijit Singh and he doesn’t miss any songs of the renowned Bollywood singer. Being a fan of Tamil actors Vijay and Ajith, he knows all the popular songs from their movies too.

“Pradyunn is a boy who cannot accept defeat. So he takes up any task that you give him. He has lined up plans for the future. He event loves cooking”, says Kanni.

“Pradyunn is a very lovable child. After his diagnoses, just like every other parents, we too faced many challenges. In school and even outside, things were hard for us and Pradyunn. At age of ten, we realized he has talents in music. We are training him in computers, bakery and music too. Though we are unsure about how he is going to become independent, we are hoping for nothing lesser than the best”, says Pradyunn’s father Ravi.