From cartoon characters to ramp walks, Pranav Bakhshi gives expression to his inner self through words 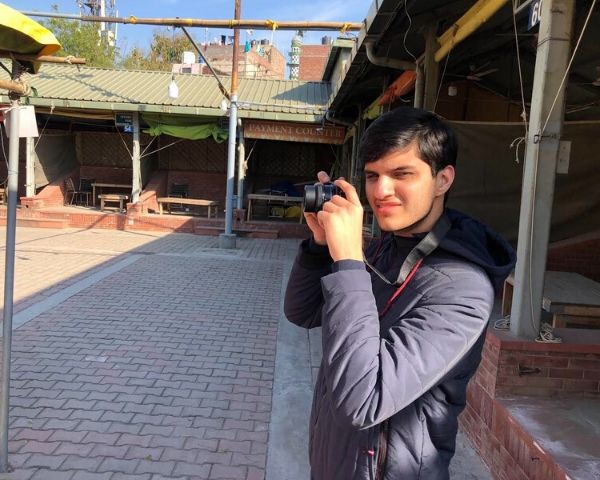 Pranav Bakhshi, India’s first model with autism, is exploring a new passion for writing. Pranav says he loves to write about things he finds interesting in the world around him, an interest nurtured by his mom Anupama, who encouraged him to maintain a daily journal even as a child.


A dream house in Mumbai that is “colourful, brightly painted and luxurious” to the feelings that his favourite songs evoke, Pranav Bakhshi reacts to the world around him in an instinctive and honest way. Those feelings are finding expression in his writings.

Pranav, who has a hectic schedule as a fashion model and photographer, is using the COVID-19 lockdown to explore his creative side. Encouraged by the response to his articles in NewzHook, he plans to write about the characters in the Marvel comics series.

“I like to write stories about things that are interesting for me”, says 19-year-old Pranav, who is India’s first model on the autism spectrum. “I like to write about things that I think about all the time. For example, I want to live in my dream house in Mumbai, Maharashtra so I imagined what it would be like and wrote about it. I think about music all the time, so I wrote about it. I’m planning to write about MARVEL characters because I’m a big fan and I watched all the movies”.

Pranav’s interest in writing can perhaps be attributed to his regular journaling, a habit that mom Anupama Bakhshi encouraged. “Pranav went through the process of knowing, firstly, that his voice is important and secondly, that he should express it”, says Anupama. Cartoon characters have been an abiding inspiration for Pranav, and she supported his desire to write about characters that touched him.

Pranav always had lots to say, adds Anupama. “It might not have been age-appropriate at one time, and even now, in certain aspects, and stemmed from the repertoire of his ‘flashbacks’, experiences and interests alone. There was always empathy and an intrinsic connect with the underdogs and the troubled, or so I thought. Gradually, the element of imagination has come in. She says the process has been natural with no intervention from her side.

The confidence Pranav has in his own voice is evident, both in the written word and on TEDx Talks, where he spoke candidly about growing up with autism.

“Thankfully the curators (at TEDx Talks) understood that any intervention would not help. When one suggested that he should write how he inspired others, he simply said ‘I cannot write that because I did not think that’. What came out both times was a delightfully simple take on his life and experiences”, says Anupama.

Pranav wants to focus on short stories and articles for now.

“When I write, I think about it not in words but in pictures”. Sticking to a word limit, says this young wordsmith, is a bind. “I don’t like to look at the word limit when I type but Mom says it’s important. Sometimes she asks me to make things short and it’s difficult. When I type, I put the dates, days and years even if Mom says they are not important. I like to type everything that I imagine. I like to see my articles published”.

What comes across is also great pride in following his grandfather’s footsteps. Pranav’s maternal grandfather B R Jaitly, who died recently, was a well-known journalist and writer.

“Mom explained to me what following in footsteps means. I like it when my articles get published and I love writing in my journal so I’m like him. He had so many interests. I also have so many interests. I love modelling, clicking pictures, music, and graphic designing work. I’m converting my photographs into vector and designing t-shirts and I’m loving it. I fancy being a DJ and also sometimes being an RJ”.

Keeping pace with this young man’s varied interests can leave one feeling quite breathless!