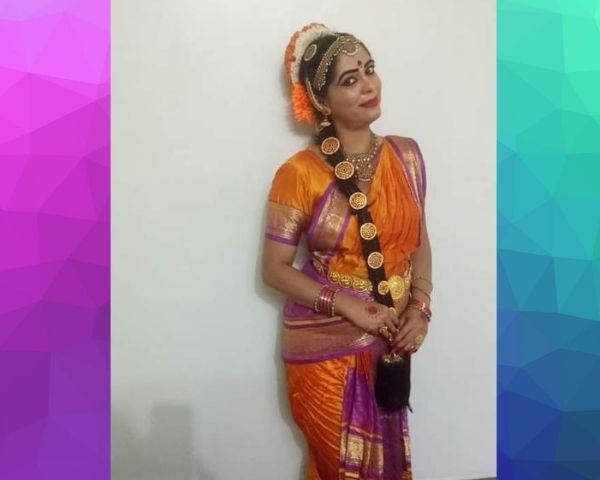 This year, September 21-25 is celebrated as International Week of the Deaf across the world. In our monthly campaign #InternationalWeekOfTheDeaf2020, we bring you stories of people from India’s deaf community who are making a mark in various fields. Today we feature 32-year-old dancer and National Award winner Prerana Keshav Sahane from Pune.

Prerana means ‘motivation’ and that’s certainly what the life and journey of 32-year-old Prerana Keshav Sahane, is about. A renowned dancer with over 75 performances to her credit. Prerana is has a hearing disability. She has been able to overcome the many challenges that come with this thanks in large emasure to her parents.

Today, she is happily married with a four-year-old son. and her story is a wonderful example of how empowering a girl child with a disability can transform so many lives.

Prerana’s mother Ujjwala Sahane has shown rock solid support throughout. When Prerana was around six months old, an attack of paralysis affected a part of her brain, impacting her ability to hear clearly. She was unable to move her legs as well. Doctors decided she would never sit, stand or be able do anything independently.

Ujjwala and husband Keshav Sahane started ayurvedic treatment for Prerana. This showed some results and by age three, she was able to strat walking.

School posed many challenges for Prerana, who is vocal. She speaks Marathi and Hindi fluently. While she completed her studies in an open school, there were difficulties.

“Other students used hearing aids, but as Prerana was 100% deaf, hearing aids did not help her. So, I would teach her when she was back home”, says Ujjwala, who is a qualified teacher herself. While she struggled with the vast syllabus and demands of academics, Ujjwala and Keshav were determined not to let this come in the way of empowering Prerana.

Learning dance Prerana was not a cakewalk for Prerana. Her teacher Shumita Mahajan, who heads the Sadhana Nrutyalay academy, saw the innate interest Prerana has for dance and that led Ujjwala and Keshav decided to introduce her to dance at a young age.

The first few years were hard. Mahajan did not have a clear idea about how to teach dance to a deaf child.

“One day, while Mahajan was teaching other senior students, Prerana was watching. Immediately, she went up to her teacher and showed the same ‘mudras’ and steps”, recalls Ujjwala. “At that moment she decided to teach her no matter what obstacles came in the way”.

It took Prerana 16 years to become an accomplished danceer. Her first public dance performance was held on 1 June 2007 at the age of 21. There were days when Keshav would wait patiently outside the dance class in case Prerana needed help.

In over a decade, Prerana performed at many places including temple festivals at Guruvayoor, Mookambika, Udupi, Kolkata and Mumbai to name a few. She has performed in over 75 shows, some solo as well and has over 35 awards to her credit, including a National Award.

Today she teaches dance to children and hopes to start a dance school for children who are deaf and hard of hearing. “That is her biggest dream”, says Keshav.

Prerana is currently pursuing her graduation in Marathi and a book capturing her journey is already out. Titled Prerana The Sound of Silence, the book has been written by Ujjwala. Three editions of the book have been released and it won an award from the Maharashtra government in 2015.

Ujjwala and Keshav counsel other parents with disabled children and manage a marriage bureau for people with hearing impairments.

Today the struggles of the past seem like a distant dream when they see their daughter. “When Prerana was struck with paralysis and we found out she was going to be deaf, we lost hope and contemplated a suicide pact”, recalls Ujjwala. “At the time my sister gifted us with a copy of Helen Keller’s book Story of My Life. We read that and decided to stand by our daughter, no matter what”.

The couple say the most important life lesson they have learned is to treat people with disabilities with respect. “Give them opportunities and help them when needed”.

Prerana is married to Swapnil Dixit, who is also deaf. They have a four-year-old son Yash.