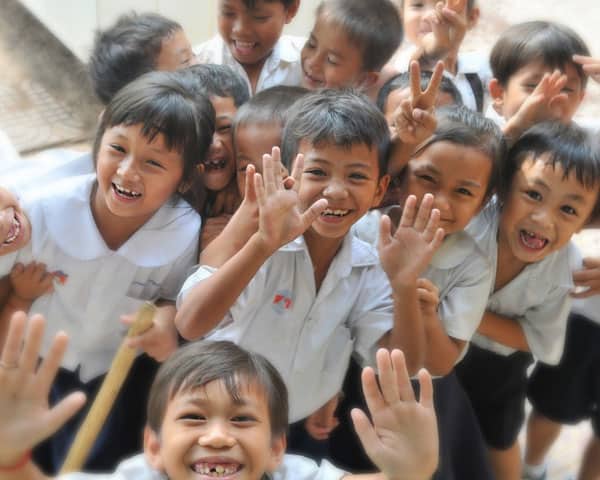 The apathy and indifference faced by children with disabilities in Delhi schools despite a government order mandating the creation of inclusive classrooms has been widely reported. In a welcome step that will hopefully help address this, the Directorate of Education, Delhi government, has directed all private unaided recognised schools to ensure that admissions are done strictly as per the norms and children are given inclusive education as per the RPWD Act 2016. That’s our focus on #StoryOfTheWeek.

”All Principals/Managers of Private Unaided Recognized Schools of Delhi are directed to launch a Special Drive to examine and verify admission records of academic sessions 20L7-2018 to 2018-19 and ensure that all admissions under the CWSN Category have been done strictly as per guidelines issued by the Government.. and the students those admitted are provided with effective Inclusive Education in the line of the provisions made in the RTE Act 2009 and above said provisions of the RPWD Act, 2016. Any lapse in this regard is grounds to attract penalty”.

Tough message going out from the Directorate of Education (DoE) to private recognised schools in the national capital following widespread complaints of irregularities in admissions of children with disabilities.

This is even after the 2013 Delhi High Court order that all recognised aided and unaided private schools must appoint Special Educators and make their buildings/school premises barrier-free. The order also said, “No school should refuse admission to children with disability for the reason of not employing Special Educators or not providing barrier-free access in premises”.

Earlier this year Delhi Disabilities Commissioner T D Dhariyal organised a workshop for private recognised schools to make them aware of the inclusive education guidelines mentioned in the Rights of Persons with Disabilities (RPWD) Act 2016. Despite that, there have been complaints ranging from denial of admissions, to poor teacher to student ratio.

“Many parents said schools were forcing them to withdraw their kids or to get shadow teachers”, says Mr Dhariyal. “There was even a case where a parent with a child with autism alleged that the school where his child was studying organised a mob of parents to file a false complaint of harassment against his child”.

Complaints that led Mr Dhariyal to urge the DoE to take action. “There are many schools with no inclusive education provisions till date claiming they have no children with disabilities”. The DoE notice, he hopes, will hopefully push these schools into finally taking some action”.

The order covered only government aided schools earlier but now the provisions have to be implemented in private schools. Schools were sensitised at the workshop held last year but many of them were still responding according to the previous Act and we were getting complaints. There are many schools that are aware of the new provisions but not following orders. Sufficient time was given and now it has to be followed with immediate effect. All schools have to come up with a plan of action. – Dr Ajay Kumar Singh, State Coordinator, Directorate of Education, Government of Delhi

This is music to the ears of parents like Shailja Sharma, who has a child with a disability and is a lawyer well versed with laws on the subject. “This is a very positive step and I hope it goes beyond the appointment of special educators and also probe into the kind of treatment special needs children meet with in schools and the curriculum they are made to follow. A strong message should go from the government to schools who are playing with law for long”.

In a detailed circular issued in June last year, the DoE gave specific guidelines to every school in the national capital with regards to the inclusive education norms to be followed. The key ones included:

Yet the ground reality is nowhere close says Mr Dhariyal. “There are not enough special educators and we have a far fewer number than what we need. Also, the teachers we do have are not all competent to deal with the range of disabilities”.