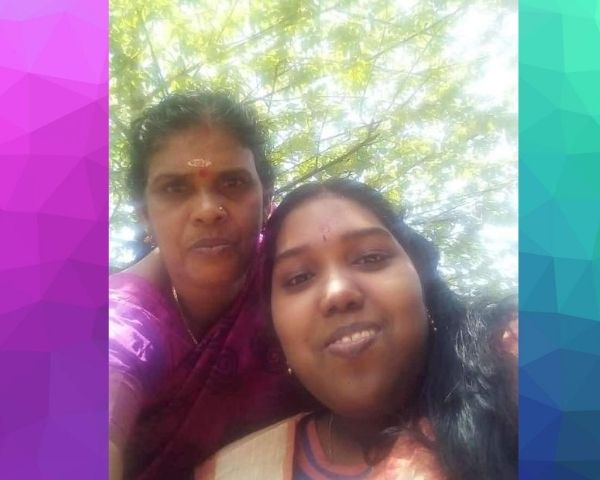 Today in our monthly campaign #RaiseAwarenessAboutSMA, we have 22-year-old Radhika from Alappuzha in Kerala. She was diagnosed with Spinal Muscular Atrophy soon after she was one year old. But a real fighter, Radhika is determined to complete her studies and stand on her own feet with the support of her doting mother Usha.

Life was never a bed of roses for 22-year-old Radhika from Alappuzha in Kerala. When she was diagnosed with Spinal Muscular Atrophy (SMA), her family did not have any awareness about the disability. But her mother Usha decided to stand by Radhika through thick and thin. Radhika is in the path to fulfilling her dreams. She wants to complete her studies and land a good job to support her family.

Radhika who is now a wheelchair user, recollects her childhood. She used to fall often due to which her walking was delayed. This was a cause of worry to her mother who decided to get her diagnosed. After detailed checks, Radhika was diagnosed with SMA, which shook her family members, mainly mother.

Though their relatives and friends persuaded Usha not to send Radhika to school, Usha was determined to giving her daughter the best education. “Even her father told me that there is no point sending her to school”, remembers Usha.

Throughout school, Usha or her husband had to drop and pick Radhika. Though both of them were working, they somehow managed time for it. After class 7, her father wanted her to stop attending school, but Usha did not let that happen. So Radhika completed schooling from a nearby school itself. Being the only child, Usha showered all the love and care on Radhika!

She soon got a wheelchair sponsored from an NGO which helped Radhika move around more independently.

Even her school authorities and friends never discriminated her. “I still remember going to watch circus. They took a ticket of Rs 50 for me, but the circus officials let me sit in the Rs 100 seat. Maybe they felt bad seeing my condition and how badly I wanted to watch circus”, says Radhika.

She says that till date no one has hurt her pointing out her disability due to which she never lacked confidence.

Radhika completed her under-graduation in History. Then she did a course on computer data entry and is now preparing for Kerala Public Service Commission exams.

Apart from academics, Radhika loves arts and crafts. She makes paper flowers, beautiful pen stands and other products. They are sold later. “Neither me nor my mom has been sad in our lives. I always make sure to smile at people though many things hurt me”, she says.

This youngster is in the forefront for social causes too. She donated her hair to cancer patients! At college, Radhika and Usha won the ‘Best Mother and Child Award’, something very close to their hearts.

A fan girl of Malayalam actor Govind Padmasoorya, Radhika says he has visited her at her house. “That was so exciting”, she remembers with a chuckle!

Radhika is looking to buy a better wheelchair because the one she is using now is old. Through all odds, Usha and Radhika have each other’s backs.