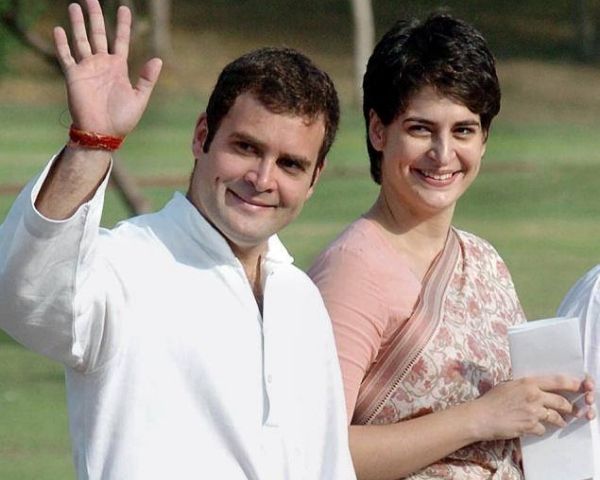 Rahul and Priyanka Gandhi were allowed by the Uttar Pradesh (UP) administration to visit family of the Hathras gang-rape victim who passed away on Tuesday. The Gandhis were accompanied by 30 MP’s. A massive police deployment was present at the Delhi-UP border ahead of Rahul and Priyanka’s visit. The police had to use force to disperse the crowd that gathered at Delhi-Noida flyway.

The Gandhis who tried to enter UP, where Hathras is located, was denied entry and detained by UP cops two days back. Their convoy was stopped at the Yamuna expressway. When Gandhis decided to walk with their supporters, Rahul was pushed on the road and Priyanka was manhandled by cops. They were later detained and moved from the spot due to which they couldn’t enter Hathras. Opposition parties criticized chief minister Yogi Adityanath for his inefficient administration in UP. There is also a rising number of rape cases being reported in the state.

The Hathras victim was gang-raped and tortured by reportedly five men in September while she was cutting grass at a field with her family. The girl was admitted to a Delhi hospital and was in a critical condition where she breathed her last. UP police hastily conducted the funeral at 2.30 in the night and her family was not allowed for the funeral. The Hathras gang-rape and how UP police tried to cover up the case had gathered widespread criticism from across India.