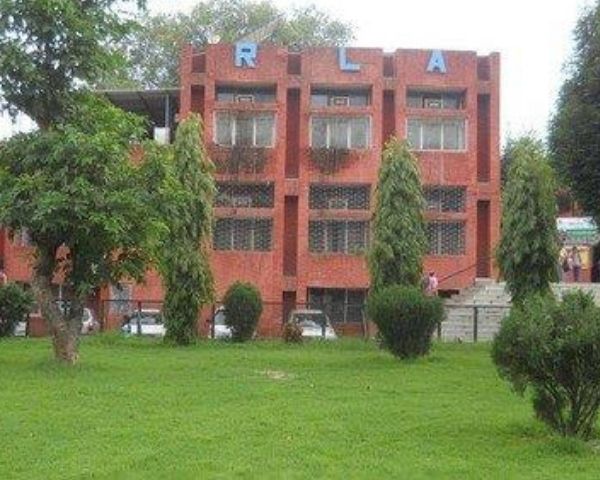 For over two years now, students with disabilities at Ram Lal Anand College in Delhi University are facing many difficulties in accessing basic education facilities. Various petitions and appeals to college authorities have been ignored. That’s the focus on #StoryOfTheWeek.

Nidhi is a third year B.A. student at Ram Lal Anand College (RLAC) at Delhi University (DU). She has an orthopaedic disability. Until classes went online post lockdown, Nidhi would wait at the college gate for some fellow student to escort her to the classrooms.

“There are no helpers at the gate to assist students with disabilities”, says Nidhi. “If there were motorised wheelchairs, I could go on my own. That’s not available and I would wait for a classmate or another student to escort me. Often I would be late for my lectures for this reason”.

Lack of tactile paths, braille signages, ramps, motorised wheelchairs are just some of the demands that students with disabilities at RLAC have been struggling for. This is even though many of these facilities within the ambit of University and Central Law guidelines.

These students say they sent as many as 12 applications to the college principal between January and June 2019 asking for these facilities. These applications have met with no response. This is even after they committed to meeting these demands, alleges Jayant Singh Raghav, a visually impaired second year student.

In October 2018 the National Assessment and Accreditation Council (NACC) visited our college as part of the bi-annual review when colleges are inspected on various things including infrastructure accessibility, student support, etc. Before their arrival, the principal Dr Rakesh Kumar Gupta approached a few students with disabilities and asked them to tell the NAAC team that the college had always supported us with required facilities. In return, we were promised that our demands would be met with. – Jayant Singh Raghav, Visually impaired student

On 24 January 2019, during a meeting with the Convenor, Equal Opportunity Cell, RLAC, they were offered some reassurances yet again. When nothing moved further, Jayant met with the principal.“He was extremely rude with us and even called my parents to try and pressurise me mentally”, says Jayant. His parents asked the principal for a written complaint, which never came.

When subsequent pleas to the DU Vice-Chancellor went unheard as well, the students approached T D Dhariyal, then Delhi State Commissioner for Persons with Disabilities in September 2019. A show-cause notice to the college principal and VC was issued.

Within three weeks, college authorities had provided for a motorised wheelchair, Angel players, and Kibo scanner. “Mr Dhariyal told the college to act on the other demands as soon as possible”, says Jayant. The order also mandated an accessibility audit within one month.

However, nothing has moved since them. The students approached the Chief Commissioner for Persons with Disabilities (CCPD). After a reminder the college reverted to the CCPD in July 2020. ”
In June 2020. the students also filed an RTI on the audit report status. This has gone unanswered too.

Covid lockdown has only made matters worse.

Mohan, a visually impaired second year student, is struggling to access the online lectures. He says this has been raised with the authorities. “The college has not complied with basic requirements like availability of recorded lectures. Audiobooks are not available either”.

“There are eight students with disabilities in the college and that’s not a small number”, says Jayant. “We have asked many times for our pleas to be given a hearing, but nothing has changed”.

These students have spent their entire college life fighting for facilities that are rightfully theirs. At a time when they should be immersed in learning and enjoying a feeling of independence, they have instead been made to feel disempowered and dependent.