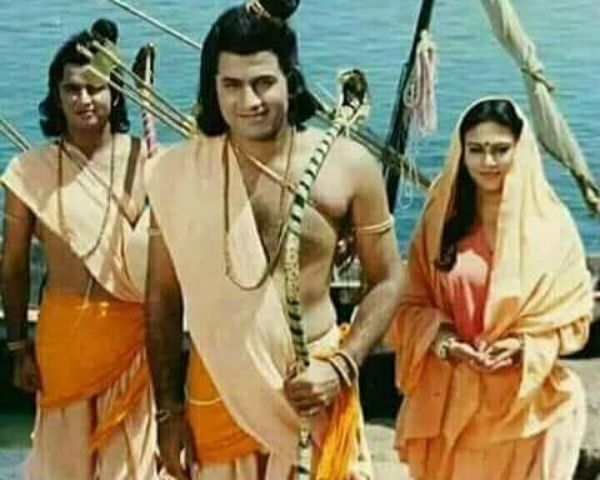 The famous Ramayan serial that was aired in Doordarshan during 1987-88 was one of the biggest television hits. Even today, the serial clippings on YouTube brings back nostalgia to many. Here is some good news for Ramayan fans. The serial is all set to make a comeback to Doordarshan starting from today due to public demand. The news was confirmed by Prakash Javedkar, Union Minister for Information and Broadcast. Javedkar took to his Twitter to share this on Friday. The show will be aired for an hour.

Happy to announce that on public demand, we are starting retelecast of ‘Ramayana’ from tomorrow, Saturday March 28 in DD National, One episode in morning 9 am to 10 am, another in the evening 9 pm to 10 pm- Prakash Javedkar, Union Minister for Information and Broadcast.

In a time when India is locked down due to the Coronavirus scare, news of ‘Ramayan’ coming back on screen is definitely good news to many.

‘Ramayan’ was aired every Sunday morning 33 years back and had glued billions of Indians to their television sets. Many youngsters took to their social media to share their excitement and how they can look forward for the show during the lockdown period at home.

Aruv Govil starred on-screen as Lord Ram, Deepika Chikhalia was Sita and Sunil Lahri was Lakshman in the serial. The actors had recently made an appearance in the famous The Kapil Sharma Show earlier this month.

Fans were brimming with excitement to see them back on-screen again.

“Originally broadcasted b/ Jan 25, 1987 – Jul 31, 1988, TV serial “Ramayan” based on the Valmiki Ramayan directed by Ramanand Sagar is set to return during #21daylockdown in India Iconic program will hit TV Screens again on March 28, 9am IST”, tweeted Ashish Chauhan.

“#Ramayan to be re-telecast from 28th March, two times a day. 1st episode at 9 Am and 2nd episode at 9 Pm. It would be great to hear this title song of Ramayan after a long time. Kudos to Doordarshan!”, tweeted Shubham Bhatt.