RBI currency identification app for blind people gets a thumbs down 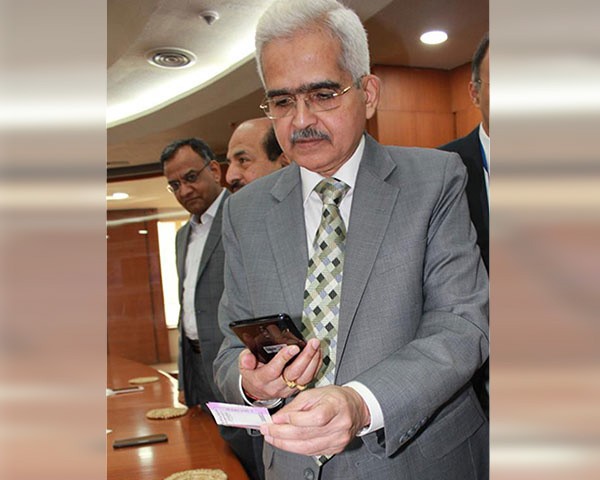 The Reserve Bank of India (RBI) claims to have come up with a solution to the problems faced by blind people in accessing the new currency notes launched after demonetisation. It’s an app called MANI which stands for Mobile Aided Note Identifier. The app can help blind people identify the denomination of rupee notes claims the RBI but the community says it is of little use in reality.

For months now the blind community in India has been petitioning the Reserve Bank of India (RBI) and the courts for a solution to the problems they are facing in accessing the new rupee notes launched after demonetisation. The new notes lack distinguishable features, which makes it hard for blind people to distinguish between the notes.

The RBI, which has come for flak, claims to have found the answer to their problems. It’s a mobile app called Mobile Aided Note Identifier (MANI) which it says can help blind people distinguish between various denominations easily and use them for transactions.

Mumbai-based lawyer Amar Jain, who has been raising the issue persistently, has questioned this claim. He says the app will be of little use to the blind community in India. In fact it will simply complicate matters even more.

The app is not a permanent or viable solution. The response is very slow and highly inaccurate most of the time. It also intrudes on the privacy of the person who is forced to disclose his cash in public to scan under the app. MANI also has operation inconvenience and it is not feasible to scan the currency every time a blind person is making a payment at a tea stall or for an auto ride. I understand that due to the huge costs involved, changing the currency at this point is not feasible for the RBI. At the same time I want the people involved not to repeat the stupidity in future so that they make accessible currency. – Amar Jain, Lawyer

The new notes printed under the ‘Mahatma Gandhi Series’, are distinctly different in shapes, sizes and colours than the previous currency use. The new notes of ₹10, ₹20, ₹50, ₹100, ₹200, ₹500 and ₹2,000 are the especially challenging for people who are blind. They do not have the dimensions and tactile marks that are suitable for use of blind people.

It’s not just Jain who has raised issues with MANI. Many disability right activists and organisations had raised this issue with the RBI highlighting the new notes as a sign of the lack of empathy for people who are blind.

Many questions have been raised about MANI’s accuracy as well on social media. One user says it does not identify currency notes accurately.

One reaction from @kingslyj was a tweet that said, “Who comes up with these ideas? Idiots couldn’t think about the visually impaired when they changed the dimensions of all the notes for no reason. And now expect them to buy expensive touch screen mobile phones and use it to identify the value of the notes.”

Another user Vinay Aravind tweeted, that “this government is all about fancy #digital solutions to problems they themselves generate.”

As per the RBI, MANI app scans the notes using the phone’s camera and gives an audio output aloud in Hindi and English about the  value of the note. The app is available on Google Play and the Apple’s App Store. It can also work offline once installed and does not need internet connection for use. The app, however cannot distinguish between real and fake rupee notes.