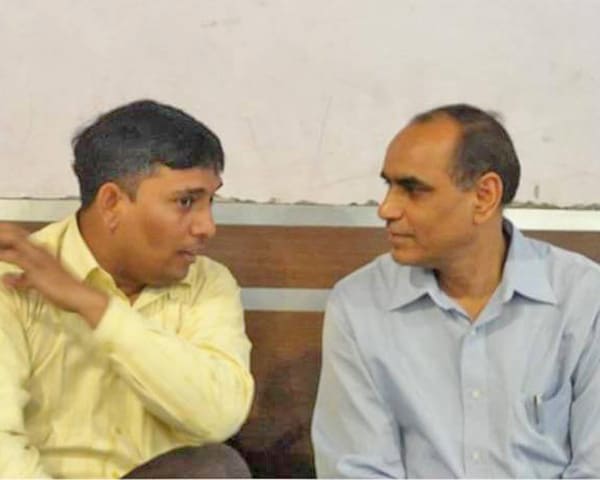 In a decision that will bring enormous relief to the deafblind community, Delhi Disabilities Commissioner T D Dhariyal has passed an order that a deafblind person in the national capital need not get separate medical certificates specifying the extent to deafness and blindness. Instead a single certificate will do.

In yet another landmark order that will no doubt be welcomed by the deafblind community, Delhi Disabilities Commissioner T D Dhariyal has passed an order that people with deaf blindness need not carry two separate certificates on the extent of deafness and blindness. This will come into effect in the Delhi-NCR region immediately.

The order comes after disability rights leader Dr Satendra Singh pointed out the tremendous inconvenience and harassment that people with deaf blindness face while getting separate medical certificates. Dr Singh was moved to raise the issue with the State Commissioner for Persons with Disabilities, NCT of Delhi after a deafblind person from Faridabad approached him for help as he was unable to get a single certificate after countless visits to hospitals in Delhi and Haryana.

Acknowledging the flaw, Dr Dhariyal said that the 21 specified disabilities in the RPWD Act are in five groups – Physical, Intellectual, Mental behaviour, Disability due to chronic neurological conditions and blood disorder, and finally, Multiple disabilities. The Act defines multiple disabilities as including many other conditions besides deaf blindness.

As the authority to change or amend the rules rests with the central government alone, the Commissioner has asked the Department of Empowerment of Persons with Disabilities to look into the matter. The good news is that in Delhi, medical authorities can no longer issue separate certificates.

If any medical authority in NCT of Delhi is issuing separate certificates of disability for blindness and for deafness to persons who have deaf blindness, the same must be stopped forthwith. I am of the opinion that the intent of the legislation is to give “deaf blindness” an independent identity. Hence “deaf blindness” should be mentioned in Form-VI also at some place…A person with “deaf blindness” will necessarily will have 100% disability and hence there is no need to calculate the total disability by combining the two conditions. – T D Dhariyal, State Commissioner for Persons with Disabilities, NCT of Delhi

The move, says Zamir Dhale, Founder, Society for Empowerment of Deafblind (SEDB), is long overdue. “I have a Multiple Disability certificate and I feel about that. I want only the Deafblind certificate as a separate identity”. We have the right to get a certificate as a deafblind for the unique disability ID but the government of India never understands our position. Multiple disability is a bad idea, because there are many kinds of disabilities such as Deaf and Blind and mental disorder, leprosy and locomotor.“

Hopefully, the required change in the RPWD Act will be made and states across India will follow Delhi’s example to correct this injustice.