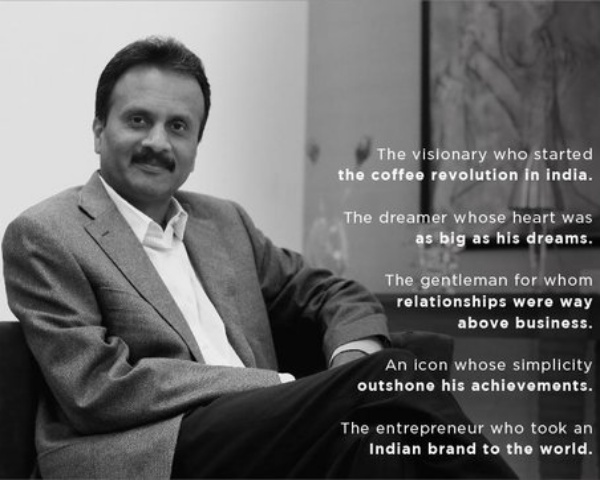 Long before workplace inclusion was a slogan or came to be mandated, V G Siddhartha, Founder and Managing Director of Café Coffee Day, was a champion of the cause. By hiring people with disabilities in visible, client-facing roles, he underlined the ability in disability, setting a benchmark for many Indian corporates.

“A lot can happen over coffee”. The famous Café Coffee Day (CCD) tagline is being widely quoted in the countless tributes pouring in for its late founder V G Siddhartha whose death has come as a shock to all.

Called the Coffee King Mr Siddhartha made Indian coffee a global brand, establishing outlets in virtually every corner of India and many parts of the world. He was also the first to hire people with disabilities in the workforce and made a genuine effort to promote workplace inclusion. Efforts that won CCD the NCPEDP–Shell Helen Keller Award by the National Centre for Promotion of Employment for Disabled People (NCPEDP) in 2013 in the Role Model Companies category. The award recognised CCD’s contribution towards the improvement of lives of persons with disabilities by encouraging change in recruitment attitude.

Dr Som Mittal, Former Chairman, NCPEDP, who knew Mr Siddhartha for over 25 years, says that he was always looking for opportunities to provide employment to people with disabilities.

Siddhartha always had his heart in the right place and when he started CCD he realised that this was one big opportunity to create jobs because the outlets were so spread out. He never did this for any award, in fact he was quite shy. He did a wonderful job building inclusion at CCD. Many of us don’t know how to interact with people with disabilities and restaurants like CCD offered an ideal milieu to facilitate that and created an interface between disabled and non-disabled people. Siddhartha’s death is a huge loss. – Dr Som Mittal, Former Chairman, National Centre for Promotion of Employment for Disabled People

“Siddhartha was a man way ahead of his time”, points out Arman Ali, Executive Director, NCPEDP. “Finding employment for deaf people comes with many challenges, both for the employer and employee and at a time when disability was seen as an eyesore, a hazard, Siddhartha saw it as an opportunity. And working in a CCD at the time was a cool, ‘in’ thing to do”.

In 2005 CCD set up a vocational training college at Chikmagalur, Karnataka to give quality education to youth from less privileged backgrounds. These youth were then placed across CCD outlets. During this initiative a need was felt to focus on disabled people.

CCD started actively hiring people with disabilities, creating a special induction program for people who are deaf and hard of hearing. The programme was designed such that it made use of their enhanced sense of smell, vision and taste effectively. Over the years CCD’s Silent Brewmasters became a familiar sight across outlets.

This rock-solid commitment to inclusion, believes P Rajashekharan, Co-founder, v-shesh came directly from the top. v-shesh has placed many deaf and hard of hearing candidates at CCD outlets in Bhubaneshwar, Indore and Delhi.

“The organisation’s DNA had inclusion and this came from the confidence the founder had. CCD was the first major brand to hire people with disabilities, others in the retail/hospitality sector came after them. It was CCD that had the idea of providing opportunities to weaker sections, including disabled people, and equipping them with the skills needed to deal with customers coming from different social strata. They are absolute pioneers in that sense”.

Shanti Raghavan, Founder, Enable India, agrees. “The organisation had the openness to include anyone with disability and this was way back in 2005 when few employers understood that ability can be found anywhere”. Enable India works closely with CCD in conducting training programmes for people with disabilities. “More importantly, CCD was willing to work in a structured fashion to enable this with trainings conducted year on year. Initially it started with deaf people and now we have been working on hiring people with intellectual disabilities”.

Calling Siddhartha a “fantastic, phenomenal man”, Arman says he had ideas which even people in the disability sector hd not thought of. “Creating almost 50, 000 jobs is not a small thing. He started something which everyone follows now. He will be missed”.

For Hatti Kappi Founder U S Mahendar it was efforts like these that make Mr Siddhartha an inspiration. 30% of the workforce at Hatti Kaapi, among the big coffee chains today, is made up of disabled people and senior citizens.

“He gave life to Indian coffee. Those days only Mr Siddhartha had the courage to bring the westernised lifestyle to cafes in India and that is a legacy that will remain for life. We took courage from him to create a successful brand and he will forever remain our King”.