Republic Day chief guest to be president of Brazil 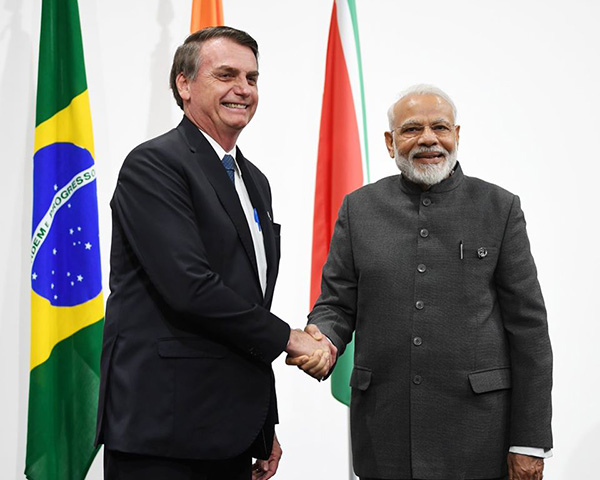 Brazil’s president Jair Bolsonaro has accepted Indian Prime Minister Narendra Modi’s invitation to become the chief guest for upcoming Republic day. The event will happen on 26 January 2020. Bolsonaro accepted the invitation with pleasure from Modi who is currently at Brazil to hold talks with top dignitaries to enhance ties between Brazil and India. Modi also participated in the 11th BRICS summit.

Met President @jairbolsonaro on the sidelines of the BRICS Summit in Brazil. Grateful to him and the people of Brazil for hosting the Summit. During our talks today, we discussed furthering cooperation in areas pertaining to the economy, connectivity and people-to-people ties.-Narendra Modi, Indian Prime Minister.

Reportedly, Bolsonaro has said that he will be accompanied by business delegates on his upcoming visit to India in January. Officials can discuss further on how to strengthen ties between both the nations. Bolsonaro had earlier stated that Indians who travel to Brazil for work or tourism need not have visas anymore. “Brazil’s President Jair Messias Bolsonaro will be the chief guest for India’s Republic Day parade in January 2020, Indian ministry of external affairs announces. Brazil has been R-Day chief guest twice – in 1996 and 2004”, tweeted journalist Devipura Mitra.

Bolsonaro was widely criticised by people from across the globe when he failed to work on bringing down the Amazon fires two months back. When international communities offered him help, Bolsonaro rejected it and criticised them as well.