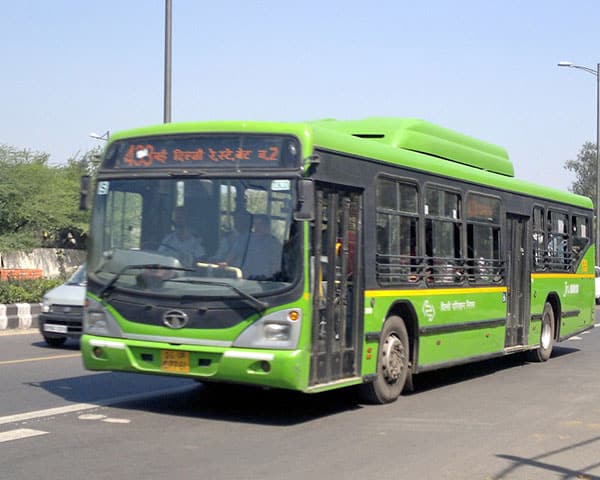 Lack of accessibility of public transport has been a major issue for people with disabilities. Despite many petitions, court orders and appeals, public buses remain out of reach for wheelchair users. Now a new policy draft by the Road Transport Ministry has raised new hopes that the scenario may change.

A first of its kind draft norm by the Ministry of Road Transport has come out with concrete measures to make public transport accessible for people with disabilities. Regarding public buses, the draft says bused with a seating capacity of over 13 people must have ramps for wheelchair users.

It also says that all buses will have to include seats with priority signs for easy access for disabled travellers, railings, handrails, walkers, support bars, etc. The measures have raised much hope in the disabled community, which has been pushing for them.

“It is heartening to see that the Central government is planning a model guideline on accessible buses”. says disability rights advocate Nipun Malhotra. As CEO of Nipman Foundation, Nipun works closely on accessibility-related issues, conducting sensitisation programmes in government offices and audits.

He believes that if followed through in practice, the policy will help ensure that buses across India are accessible. “Governments like the Delhi government who was deciding to buy inaccessible buses, will not be able to repeat those kind of things”, he adds. In Delhi, Nipun was forced to file a PIL in the matter and the court ruled in his favour. “The RPWD Act mandates that public transport should be accessible so I am glad that buses throughout the country, if the guideline is implemented, will be following the Act”.

Mumbai professional Jasmina Khanna, a wheelchair user, who has been closely mapping accessibility features in some city wards, also hopes the policy will go beyond paper.

It’s great that it has found place in policy, but implementation is the question mark, always. Ramps are fine but there have to be pavements that are accessible for them to be placed. Look at Mumbai and you will barely find such pavements. Supporting infrastructure has to be looked at as well. – Jasmina Khanna, Senior Systems Engineer

The scepticism is understandable given that many such measures have been announced in the past but have failed to live up to their promise. Take Mumbai, where the BEST Undertaking launched wheelchair accessible buses. “They launched the buses but the frequency was so poor that they were not available when people needed them”, points out Jasmina. ‘So, all these things need to be looked into as well”.

The draft also states that vehicles have to get fitness certification and this has to be renewed every year. Apart from the fitness of the vehicle, there’s also a need for sensitisation sessions.

“Both the driver and conductor should be well trained to support people with all kinds of disabilities”, says Karnal-based innovator Dr Riitesh Sinha. “Another step that is needed to make the policy effective is to ensure bus stops are designed in an accessible manner. Recently, the Gurugram administration introduced Gurugaman buses with ramps, but there is no way for a wheelchair person to reach the bus stop”.

The Ministry also says that where ramps cannot be built, human assistance should be made available for disabled passengers. Audio-visual information systems for visually impaired people and deaf travellers, emergency buttons near disabled seats are some other recommendations.

Under the Accessible India Campaign, creating universal accessibility for persons with disabilities is binding upon governments, at the Centre and states. However, performance on this count has been mostly disappointing. Will the policy draft bring in winds of change? Only time will tell.