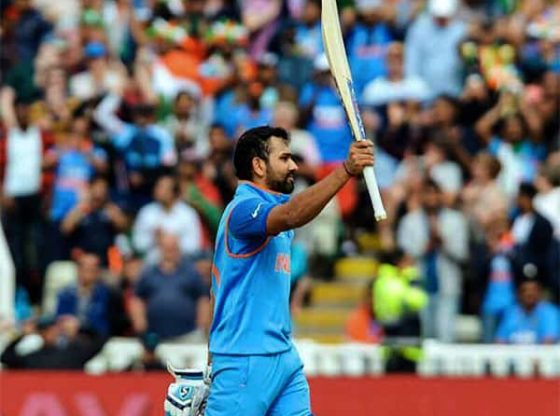 Indian cricketer Rohit Sharma has yet again proved that he is a champion. Sharma scored a century in his first test cricket against South African team on Wednesday. After marking his new record, Sharma was flooded with congratulatory messages from across the world. He also becomes the fourth Indian batsman to score a century when opening for the first time in test cricket.

First Test as an opener…a solid century. Well played Ro’Superhit’ Sharma. He deserves to be the #TVSEurogrip Player of the Day-Aakash Chopra, Former Cricketer.

The match at Vizag saw a splendid performance by the youngster who received an average of 98.22 in tests in India and got 115 runs on the first day. By breaking his new record, Rohit shares spots with cricket legends like Don Bradman. Other Indian players who have already joined the club includes KL Rahul, Shikhar Dhawan and Prithvi Shaw.

Sharma had said that he does not stress out too much about the game. Instead, loves to play it cool by just wearing the pads and going to bat.” Wah @ImRo45 Brilliant 100.. dress blue ho ya white koi fark nahi padta.. Rohit HiT hai bhai”, tweeted former cricketer Harbhajan Singh.

“Awesome come back to the test cricket congrats for the century @ImRo45”, tweeted Pavan Acharya.