Diagnosed with autism, 18-year-old Rudraksh is determined to create awareness about the disability 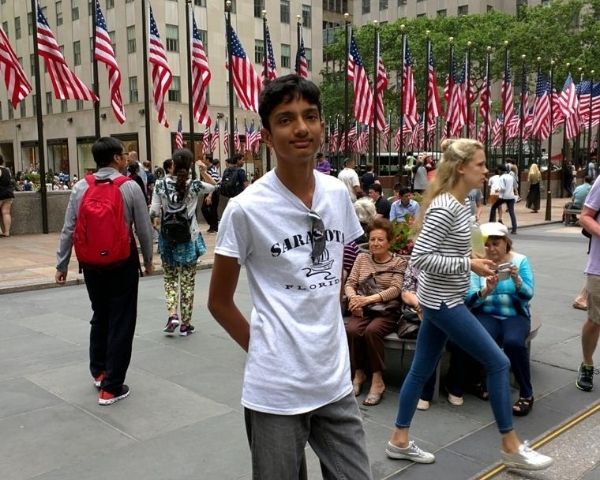 Rudraksh KB, 18 years old, lives in Gurgaon with his parents and sibling. Diagnosed with autism at the age of six, Rudraksh wants to create awareness about the disability amongst all sections of society. He has been working on it for the past couple of years by creating videos and other materials online. In Rudraksh’s motivational journey, his parents are his biggest supporters.

When Sukanya Karthick and Karthick PV had their first son Rudraksh KB, the couple were thrilled and excited. But from a young age, he started showing developmental delays and was diagnosed with autism at the age of six. But Rudraksh is a determined young boy who is not ready to give up due to any obstacles. After facing constant harassment and discrimination due to a disability from peers and elders, Rudraksh decided to take up the cause close to his heart. So this youngster is doing his bit to create awareness about autism through social media and other platforms.

An autism diagnosis and life after that

Rudraksh was admitted to a premier school in South Delhi during his initial years. Sukanya recollects that Rudraksh’s teachers kept telling that he is unable to do well in school and was not mingling with other students either. When he was in his UKG, the principal asked the worried parents to get a diagnosis. So after consulting a psychiatrist, Rudraksh was diagnosed with autism.

“For some reason, I was initially happy that my son’s diagnosis has a name. So I believed if it had a name, there was a cure for it as well. I was in denial what autism was all about. I later searched the internet for what autism is and I was shocked. He had most of the symptoms which included lack of eye contact and no social skills”, says Sukanya who was adamant on reaching out to her son soon after that.

The term autism was new to the family. But they did early intervention programs which Sukanya says really helped a lot. But the most important thing was that Sukanya accepted Rudraksh’s disability. “There are many parents who go through a similar phase. But I tell them not to move it beyond a certain stage because you need to help your child”, says Sukanya.

The biggest struggle was to keep Rudraksh in mainstream. Since he had to move out from his previous school after the diagnosis, Sukanya finally found him admission in another inclusive school which changed Rudraksh’s life for the best. It opened newer doors of opportunities. Meanwhile, the family did therapies for him which also helped. Sukanya even attended school with Rudraksh as a shadow teacher. “But it was quite depressing and exhausting because I had to be with my son all the time”, she says.

The school also made efforts to sensitize teachers and students about autism which did help Rudraksh. He also started scoring well for academics due to which he gained respect amongst his peers.

Working for the right cause

Sukanya works as a teacher while Kartick is an IT professional. In spite of their busy schedules, they find time for Rudraksh and his younger sister Gayatri. Their unconditional love and support is the reason why Rudraksh scored a 92 percent in class 12 science group from a mainstream school. As a way to promote independence further, Rudraksh wants to study abroad and complete his under-graduation in his favorite subject Maths from a foreign university.

Over the past two years, he has been making presentations and videos on autism awareness, most of which are going viral on social media platforms.

“Tough times strengthen you more”, says Sukanya and Karthick together, which not just them but most parents who have children with disabilities would agree.