Run with para athletes in this marathon for a noble cause 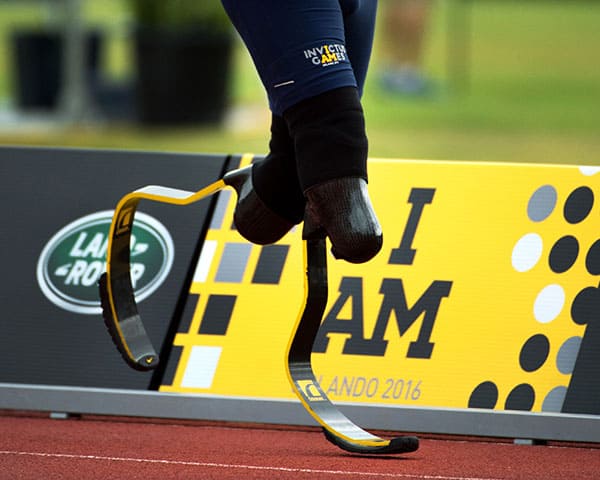 Ensuring the safety of the girl child and providing education is the need of the hour in the country. An educated girl child is not only empowered, she has the ability to change the society for better. Noida based Kshann Organizers with support of para athletes such as Tinkesh Kaushik and Sumit Choudhary are organizing the “Save the Girl Child” and “Educate the Girl Child” marathons this month.

The lack of awareness, narrow mindedness in the name of traditions is a huge obstacle in the way of girl child’s education in our society. While educating boys is seen as normal, many societies still frown upon the idea of letting girls get proper education.

Kshann Organizers are well aware of this fact and have planned a marathon with the aim to help people understand that discrimination against girl child hampers the growth of the society, community and the whole country as well.

Sumit Choudhary is a blade runner, motivational speaker and is also aspiring to represent the country in the Paralympics. He feels that through marathons and runs, people can come together and get to know about the various crucial social issues that affect our communities.

He says, “I am hoping to change the way people think the education and value of the life of a girl child in the country. While things are better for them in bigger cities and towns, a girl child is still considered a burden in many rural areas. It is important to change the mindset of people and create an inclusive world where everyone is treated equal.”

The marathons will be held on 14 November and 17 November and Kshann Organizers are asking people to carry out the runs across India in various cities.

The upcoming Marathon being promoted by Kshann organizers is to promote ‘Save the girl child’ and ‘Educate the girl child’ which are not just social causes but Social determinants of health as defined by WHO. These have a huge impact not only at the national level but on global growth and development as well. The whole world is in support of gender equality and I too stand in support of this cause. Tinkesh Kaushik, blade runner

Participants of the run can not only be a part of a fitness activity but also spread awareness about a crucial issue and do some good. There are no registration charges for people with disabilities who wish to take part and make a difference.

Vipul Bhatter, the founder of Kshann Organizers spoke to Newzhook.

“We believe in a fit society and that means mental and physical fitness both. We have organized several marathons to raise awareness on various social causes and this time we want to make the people aware about saving the girl child and educate the girl child. We have received a great response so far and I really hope that the marathon will bring a positive change in the society,” says Vipul Bhatter.